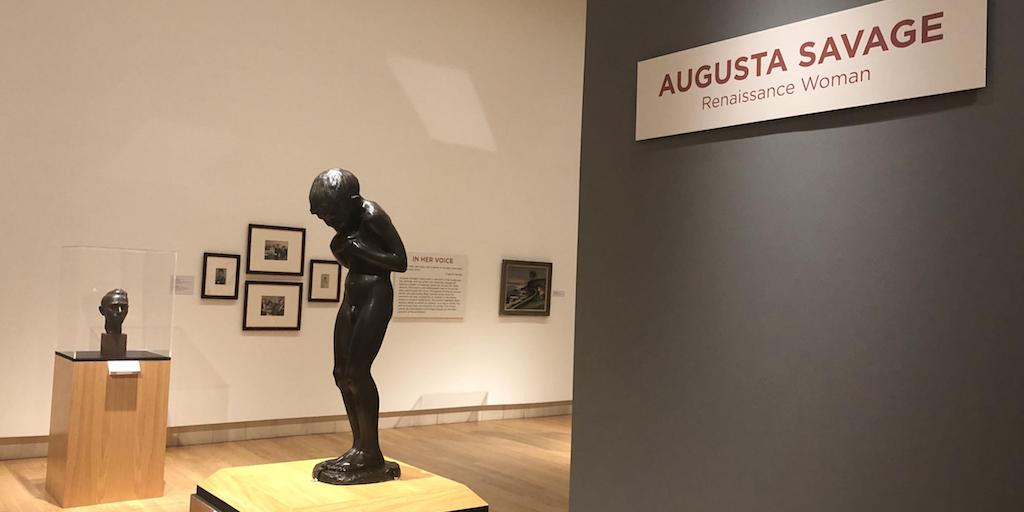 When I was in elementary school in the early 1990s, I would occasionally beg my mother for money to buy a book from the Scholastic Books circular. One year, I asked for a title called Great Women In the Struggle, the second volume in the “Book of Black Heroes” series. Its purple cover featured black-and-white pictures of iconic black women like Fannie Lou Hamer, Sojourner Truth, Judith Jamison, and many others from all sorts of disciplines and walks of life. Only a short passage was devoted to each figure, and while that wasn’t enough to dig into the meat of their lives, it was a start—a spark of inspiration—especially given the dearth of black children’s books at the time. (according to the Cooperative Children’s Book Center at the University of Wisconsin–Madison, books created by black authors and illustrators comprised between 1 and 4 percent of all children’s books published between 1990 and 1995.)

Among the women included in that book was the sculptor, educator, and community organizer Augusta Savage. Although the text on the page was brief, the picture of the beautiful black woman standing next to her larger-than-life sculpture made an impression on my eight-year-old self.