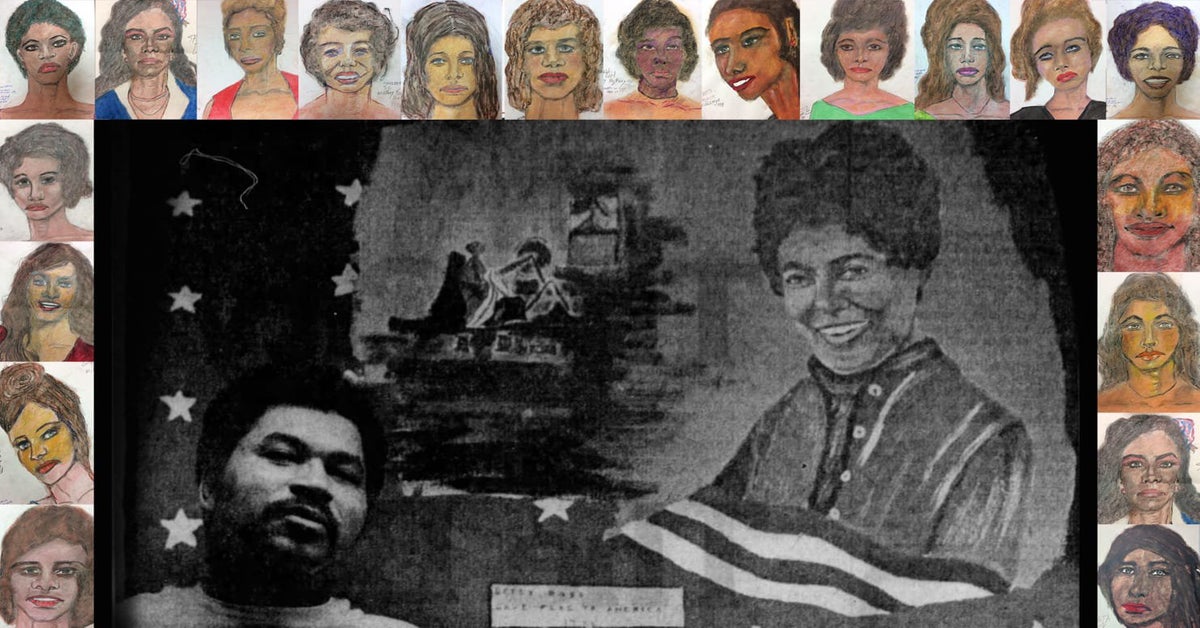 Michael Daly, Daily Beast
Photo Illustration by The Daily Beast/Center Photo Courtesy Cathy Willens/Drawings via FBI. Featured Image
The serial killer’s recent portraits of women are markedly more expressionistic than his rendering of a smiling Betsy Ross in a jailhouse mural set around the time of our nation’s Bicentennial.

But the most marked difference in the 1974 portrait is that Ross’ throat is hidden by her lowered chin and the collar of her top. The throats of the women in the later portraits are prominently presented.

Which only makes sense, because Samuel Little had no opportunity to strangle the woman credited with stitching the first American flag. Little says he did take the lives of his 16 other subjects with the very hand that later sketched their throats, the strokes of the pastels guided by his memory of each particular murder.

Investigators believe they have matched three of the drawings to specific cases. He has been convicted of three other killings.