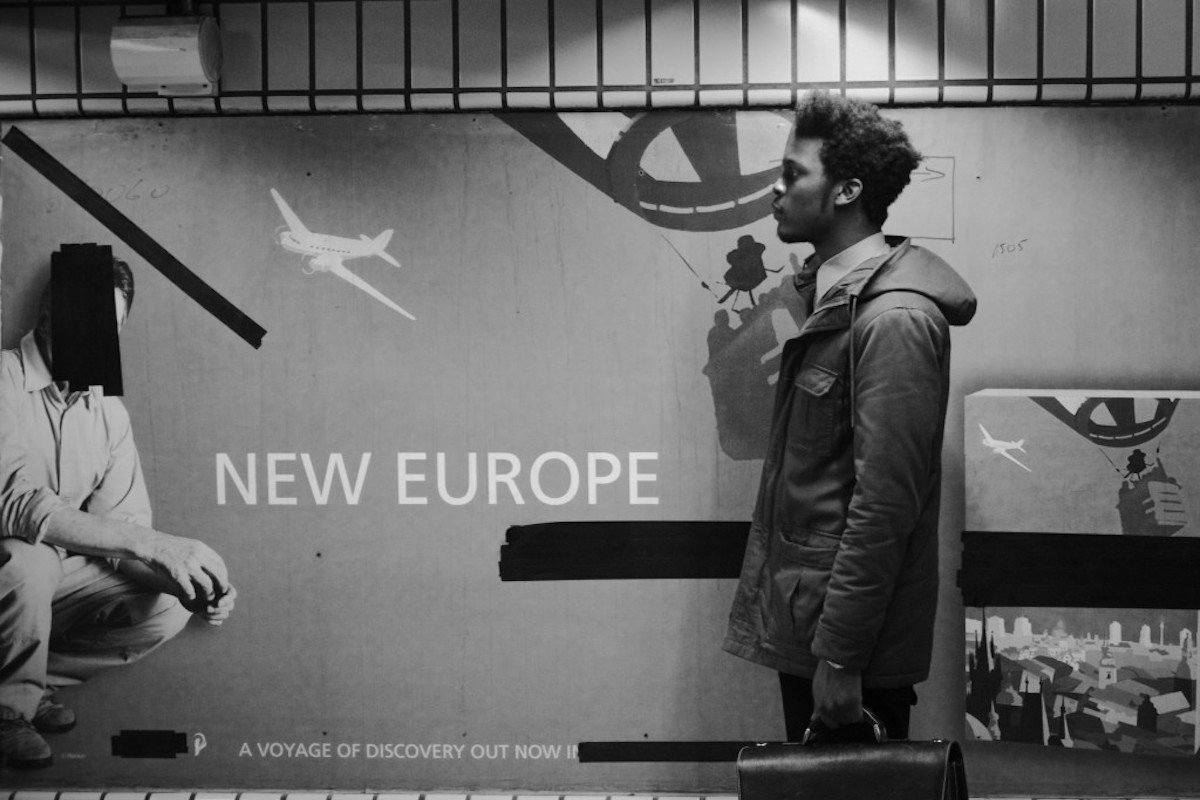 Johny Pitts was born into a working class home in Sheffield at the same time Maggie Thatcher was in Number 10. He is the son of an African American father and a white English mother. As he writes in the prologue of Afropean: Notes from Black Europe, it was a time when “the older generation of black Northerners, who had to survive in smaller enclaves of otherness than their London counterparts” were “attempting to ingratiate and integrate themselves into their homeland.” With the term ‘Afropean’ though, he found something “whole and unhyphenated; a space where blackness was taking part in shaping European identity at large.” The word was satisfying, and encompassed his identity.

In Afropean, Pitts sets out from his hometown to explore the state of black culture and identity in Europe today. Starting on the streets, he meets Europeans of African descent who are negotiating their own allegiances, visiting communities such as the Cape Verdean favela on the outskirts of Lisbon, the west African students at the former Patrice Lumumba University in Moscow and political activists in the Parisian suburb of Clichy-sous-Bois.

The book is a natural progression from Afropean.com, the website exploring the interplay between black and European cultures which Pitts founded in 2013. Pitts is a writer, broadcaster and photographer, and in October 2018 he organised the Looking B(l)ack Symposium at the Bozar cultural centre in Brussels – a weekend of talks and performances dedicated to the notion of black travel. Over his career he has received various awards for his work exploring African-European identity, such as the Decibel Penguin Prize and an ENAR (European Network Against Racism) award.