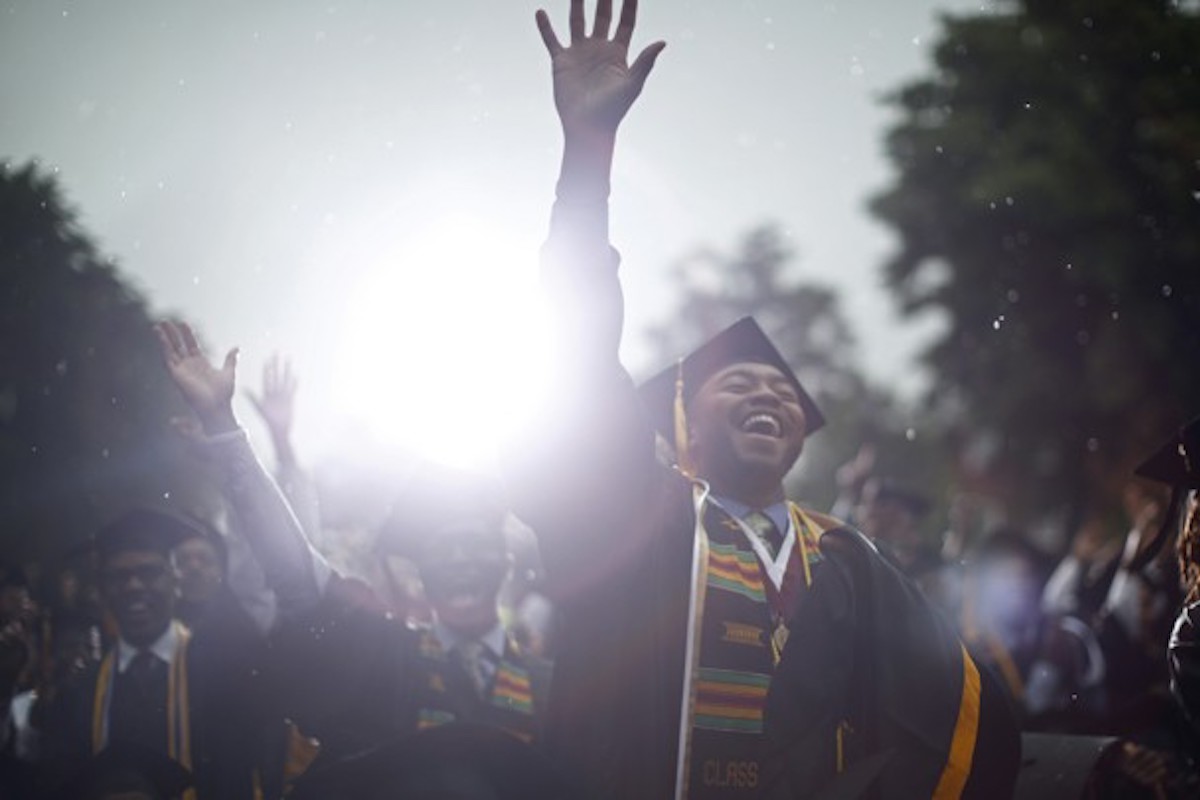 Ibram X. Kendi, The Atlantic
Graduates of the class of 2013 react to their commencement address given by U.S. President Barack Obama at Morehouse College in Atlanta, Georgia May 19, 2013. REUTERS/Jason Reed. Featured Image
In 1969, Denver began busing a small contingent of black children across town to a better-resourced white elementary school. “Every morning, we were loaded up on Bus No. 13,” Robert F. Smith told Morehouse College graduates the other weekend, before announcing that he’d pay off all their student loans.

Black parents had been complaining for years about Denver’s black schools having the oldest books and the most inexperienced teachers. But white northerners and westerners resisted busing in the 1960s and ’70s as massively as white southerners resisted the Brown v. Board of Education decision in the 1950s. Arsonists firebombed a local activist’s home and nearly one-third of Denver’s school buses in February 1970. But the terror did not stop Smith’s parents from loading him up on Bus No. 13 every day from the first to the fifth grades.

“Those five years drastically changed the trajectory of my life,” Smith concluded, comparing the successes of the black kids from his community who rode the bus with those of the kids who did not. And Smith’s life trajectory has been meteoric. He founded and led America’s best-performing private-equity firm, became the wealthiest African American, and emerged as one of the transcendent philanthropists of our time. And yet, he added, “the window closed for others just as fast as it had opened for me.”