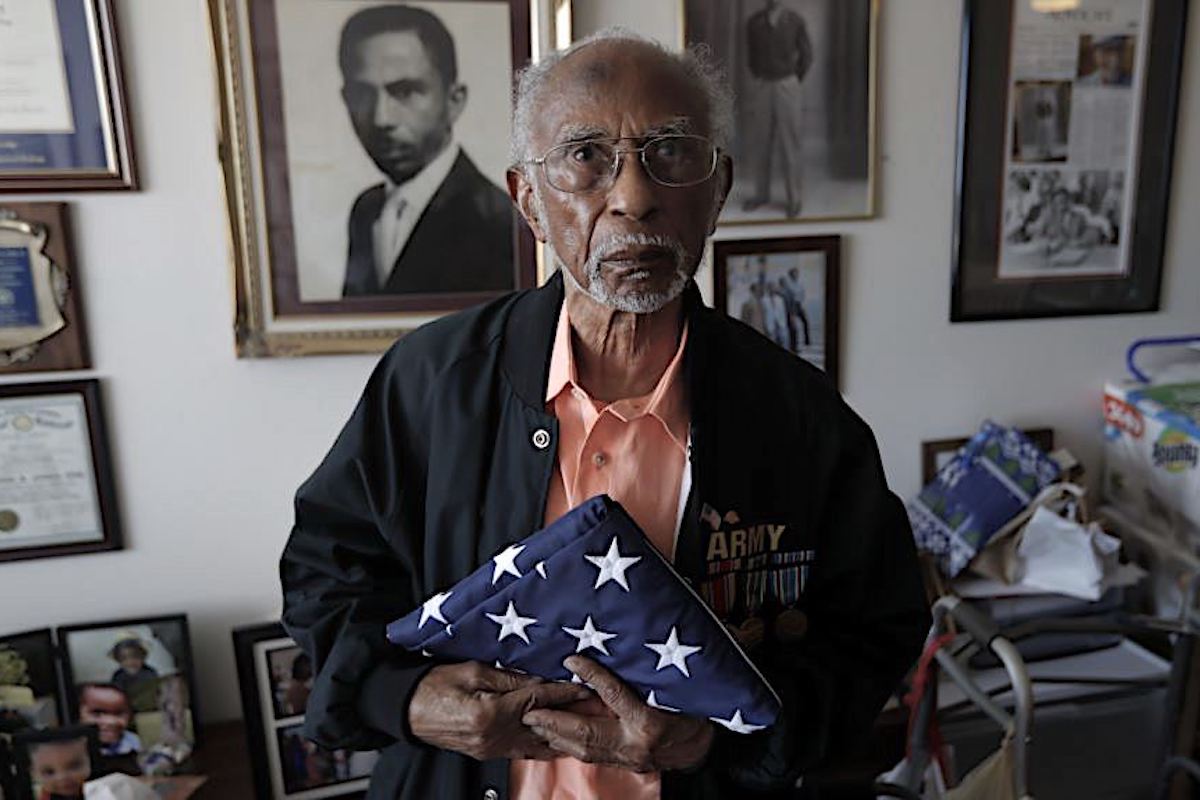 BATON ROUGE, La. — It was the most massive amphibious invasion the world has ever seen, with tens of thousands of Allied troops spread out across the air and sea aiming to get a toehold in Normandy for the final assault on Nazi Germany. And while portrayals of D-Day often depict an all-white host of invaders, in fact it also included many African Americans.

Roughly 2,000 African American troops are believed to have hit the shores of Normandy in various capacities on June 6, 1944. Serving in a U.S. military still-segregated by race, they encountered discrimination both in the service and when they came home.

But on Normandy, they faced the same danger as everyone else.

The only African American combat unit that day was the 320th Barrage Balloon Battalion, whose job was to set up explosive-rigged balloons to deter German planes. Waverly Woodson Jr. was a corporal and a medic with the battalion. Although Woodson did not live to see this week’s 75th anniversary — he died in 2005 — he told The Associated Press in 1994 about how his landing craft hit a mine on the way to Omaha Beach.