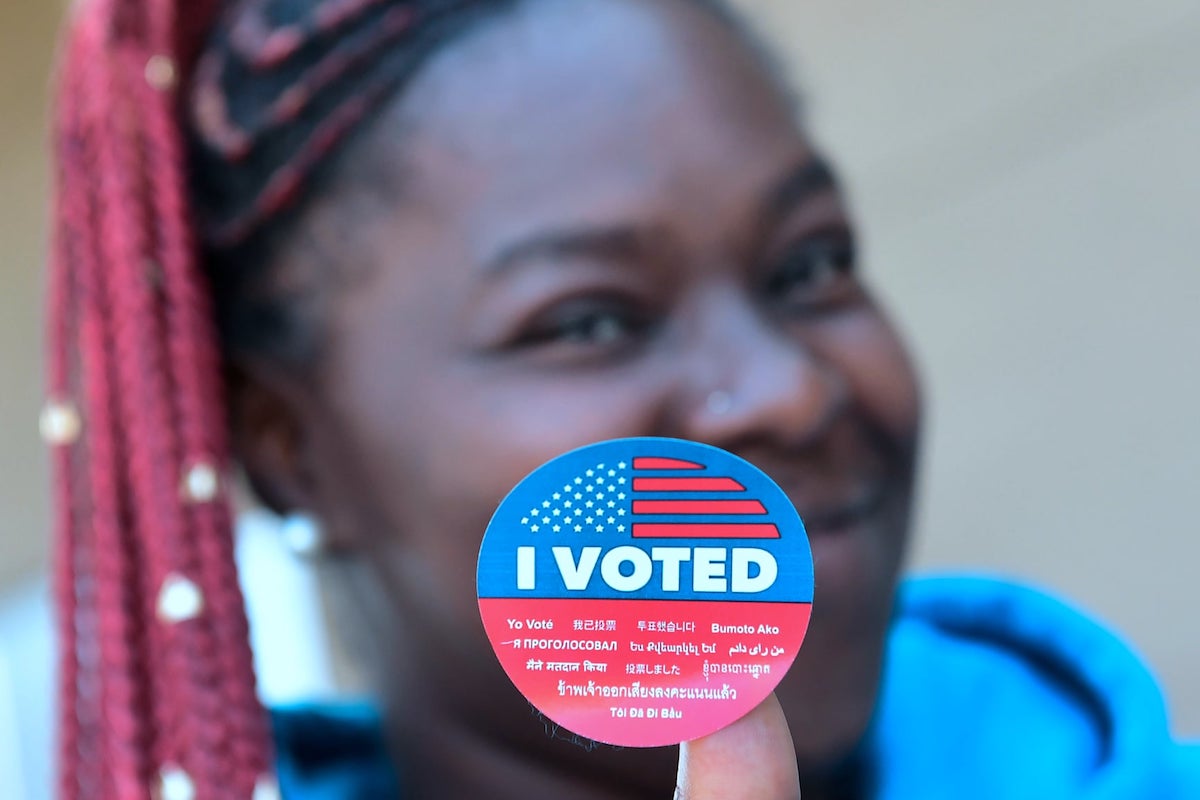 Khushbu Shah, The Guardian
The Equity Alliance registered nearly 100,000 black voters in Tennessee during the midterm elections in 2018. Photograph: Frederic J Brown/AFP/Getty Images. Featured Image
Tequila Johnson lists off laundromats, nightclubs and churches. Those are the places her team of 150 volunteers visited during the midterm elections last year, registering black voters across Tennessee. In the end, she estimates The Equity Alliance, where she is a co-founder, registered nearly 100,000 people up and down the state – more than 70,000 above their initial target.

“Laundromats [were] where the bulk of the registrations came from,” said Johnson, who is also the statewide manager for the Tennessee Black Voter Project (TBVP). “Because people are just sitting.”

It’s hard to say no when there is nothing else to do, one of her colleagues adds.

It’s also increasingly important in the face of what many voting rights activists see as a push by the state to suppress minority voters, who already face obstacles to exercising the franchise.