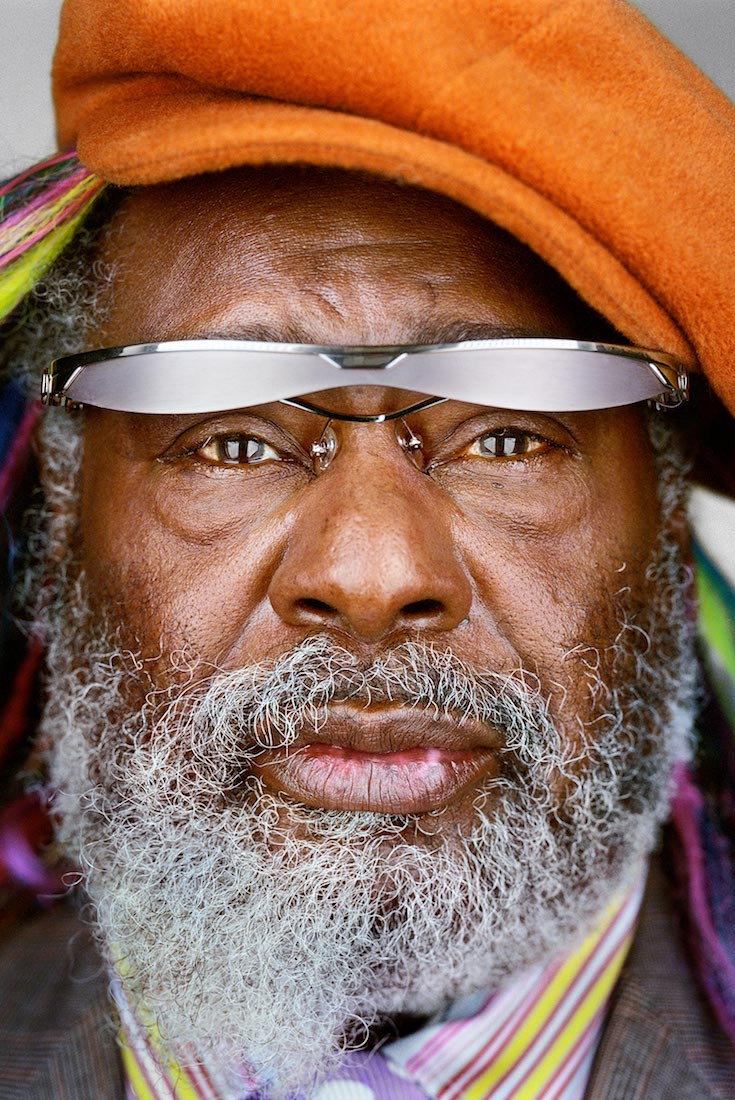 When African Americans are killed by police, these lawyers get a phone call | CNN

Rodney Carmichael, Entertainment Weekly
Martin Schoeller/August. Featured Image
The Funk has left the building. Well, technically, the Funk has only retired to a room adjacent to the stage where his masseuse awaits. “I need my massage,” George Clinton says. At 77, his pre-concert ritual is a lot different than it used to be: No illicit drugs. No groupie action. Just his wife Carlon Thompson-Clinton, who’s also managed his career for the last 10 years. And from the looks of the green room, the main thing on his rider these days is Fiji water.

We’re backstage at the Cobb Energy Centre in Atlanta, where Clinton is set to play night two of what’s being billed as his final hoedown — the last P-Funk tour before he goes gently into that good night. A month later, he and his Parliament-Funkadelic collective will be honored by the Grammys with a Lifetime Achievement Award. “This lifetime achievement stuff is getting ready to light up everything,” he says. “And the band is still going on anyway, so I might have to stay with them another six to nine months.”

When George Clinton was coming up, a future funkateer in the making, he wanted his empire to become the next Motown, he wanted to be as big as the Beatles. He ended up creating something different but just as lasting — an impressively influential body of funk, rock, and soul that has been repeatedly quoted, covered, and sampled (the foundations of hip-hop, now music’s most popular genre, were partially built on his group’s hooks).

Clinton’s life has played out like a Blaxploitation flick, from his mythological birth in an outhouse all the way down to his final act of revenge against The Man, as he tries to regain ownership of P-Funk’s hit discography from alleged interloper Bridgeport Music, Inc. While he’s won back the publishing rights for the One Nation Under a Groove LP and others, the saga continues.