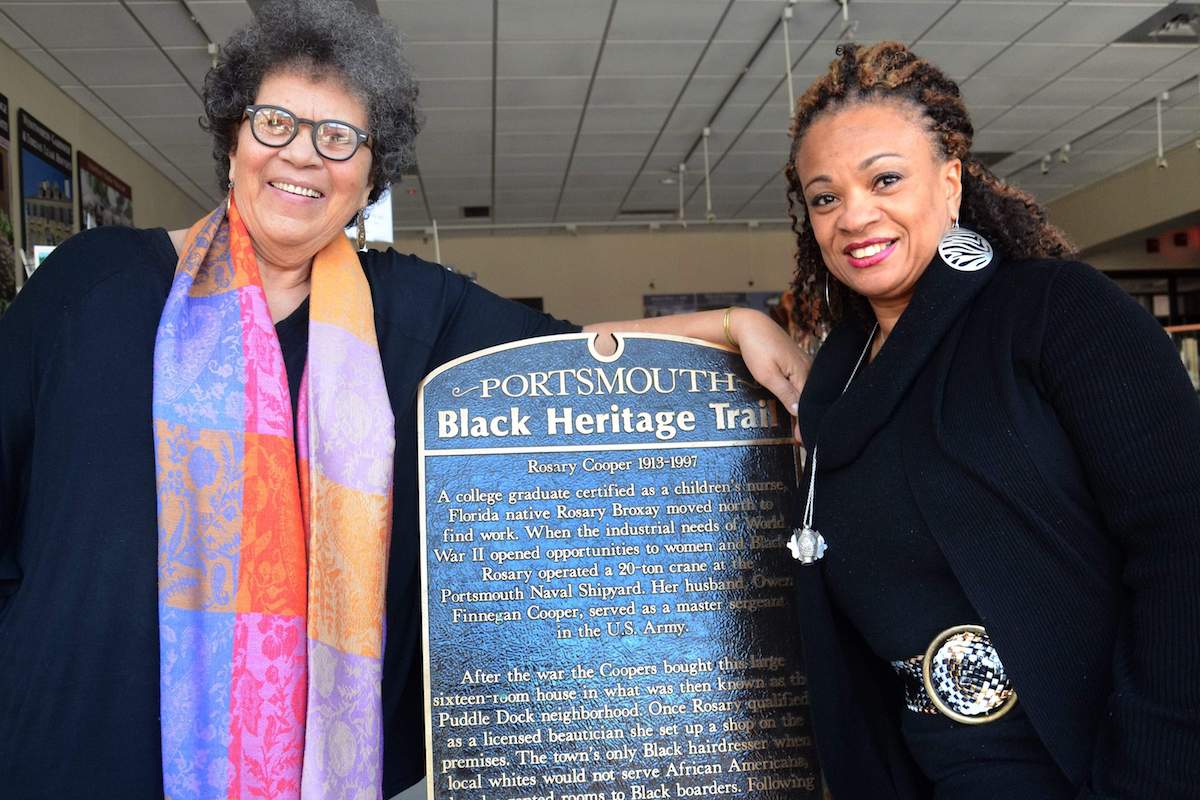 Anne Richter Arnold, Sea Coast Online
Valerie Cunningham, founder of the Portsmouth Black Heritage Trail, left, and JerriAnne Boggis, director of the Portsmouth Black Heritage Trail, with one of the plaques to be placed at the Cooper Home at 171 Washington St. in Portsmouth during the trail’s 20th anniversary celebration in 2015. [File photo by Suzanne Laurent], Featured Image
For decades, Valerie Cunningham has inspired, motivated and influenced the Seacoast community and the Granite state with one main tactic – telling the facts. A historian, writer, researcher and lecturer, she has spent her life changing hearts and minds by sharing the forgotten stories of African Americans through awareness and education, and in doing so, has changed the community for the better.

“As a young girl, I really was inspired to work for racial justice by my parents, who were active in the Civil Rights movement and helped establish the Portsmouth chapter of the NAACP,” said Cunningham. “I was a teenager in the 1950s when my parents and others in the community were trying to deal with segregated housing and other aspects. While everyone thinks about Selma and the South when they think of the Civil Rights Movement, they forget it happened here, too.”

Cunningham credits the local civil rights activists of Seacoast New Hampshire and Maine for being models of persistence and reconciliation when she was growing up. In 1961, Cunningham served a term as Secretary for the chapter and in April 1965, she marched for school integration in Boston with Dr. Martin Luther King, Jr.