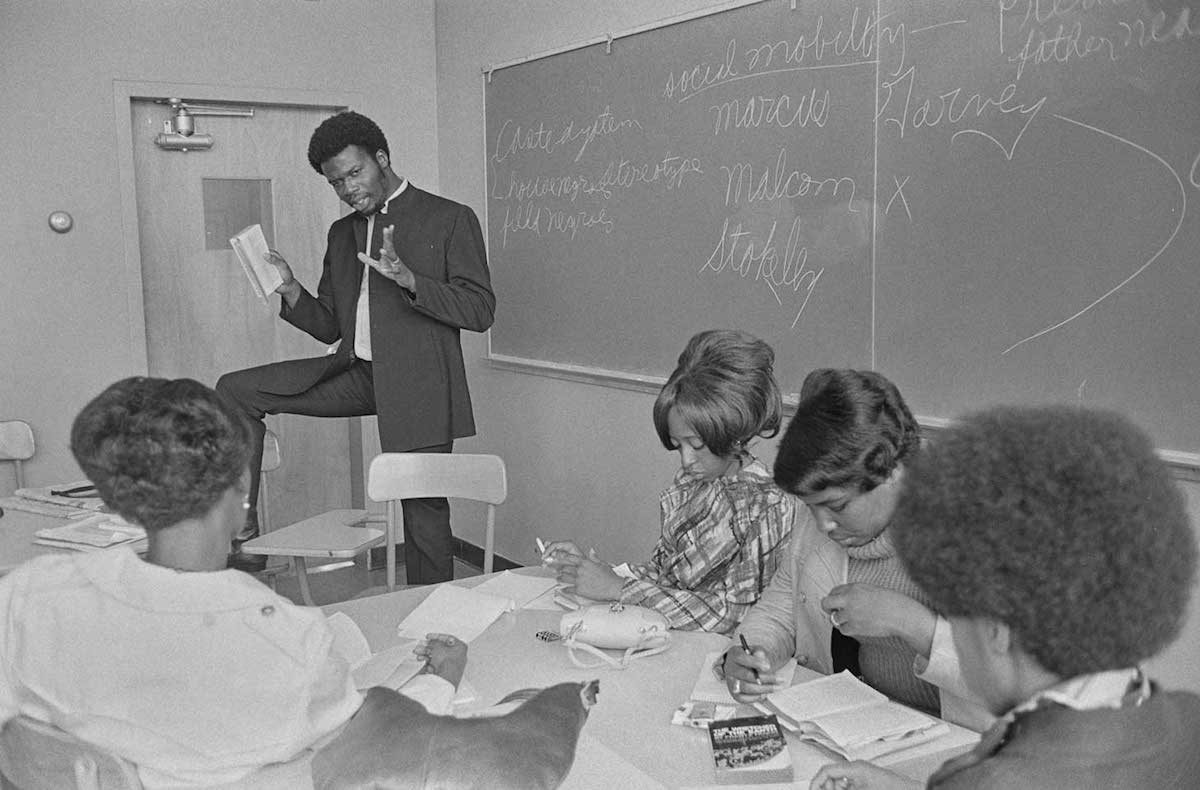 “Radical” is the word that precisely describes the work of photographers Ruth-Marion Baruch and Pirkle Jones, who both studied at SFAI when it was known as the California School of Fine Art. In the production and late-1968 presentation at San Francisco’s de Young Museum, their body of work A Photographic Essay on the Black Panthers, rejected corporate media portrayals of the BPP as what former FBI director J. Edgar Hoover described as “the greatest threat to internal security of the country.” Instead of the terrorizing threat to conservative white America Hoover insisted the BPP was, Baruch and Jones captured scenes of peaceful protest, empowerment, community engagement, and service that formed the foundation of BPP activism. By inviting input on matters of participation and representation from Party members including Kathleen and Eldridge Cleaver, the photographers abandoned journalistic assertions of neutrality that shaped photo documentary and essayistic practices of the day. What emerged is a powerful, lucid visual statement about one of the 20th century’s most important socio-political movements.