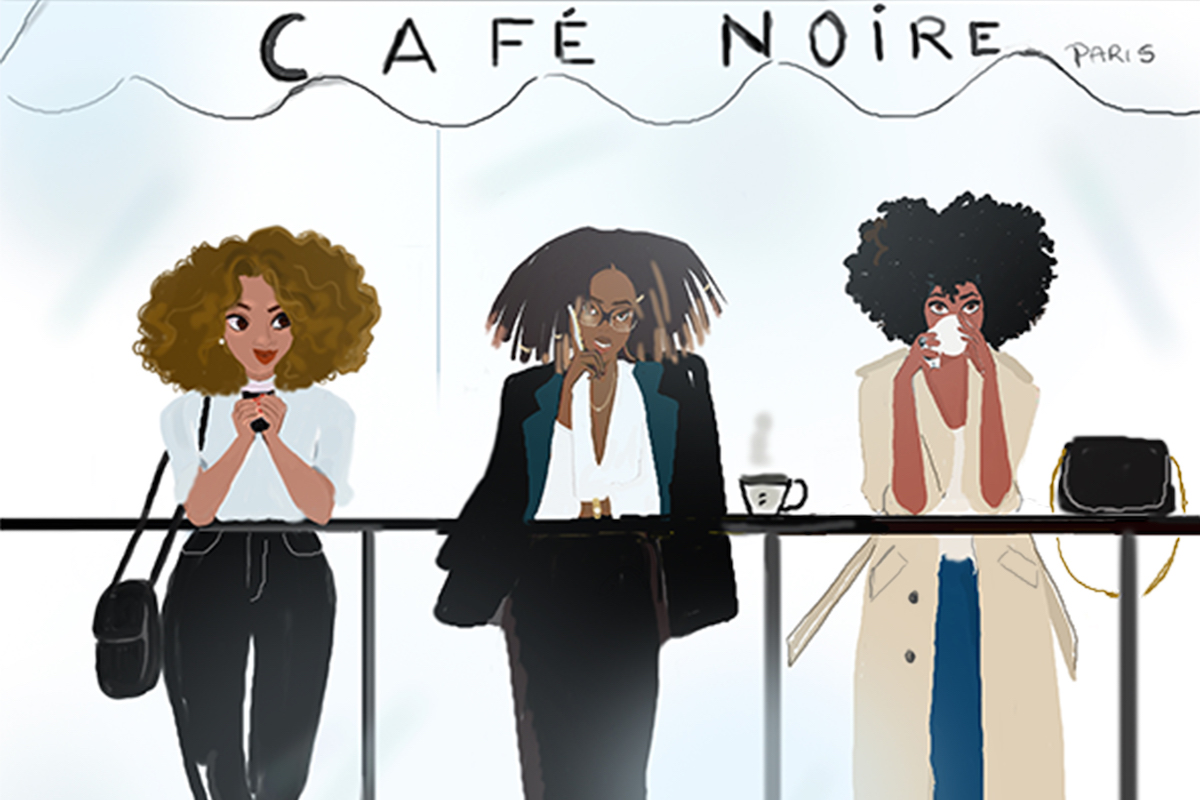 A meet-and-greet with illustrator Nicholle Kobi is titled A Parisian Instant, yet at home the French illustrator is overlooked. This, even as her work spreads from Instagram to communities of black women around the world, this week in Johannesburg.

Kobi’s work has become something of a cultural phenomenon among women in the African diaspora. The popularity of her illustrations of black women in all their variations is a testament to the power of representation in our visually-driven online culture.

In much the same way many of her fans came to discover her work, Kobi too used to follow illustrators and artists online. She was always frustrated by the lack of diversity, even resorting to the comments section to question why there were so few images of black women. When there were illustrations of black women, Kobi found that they fell into uncomfortable stereotypes or a flat interpretation of a very diverse, but ignored sector of the population. Eventually she took it upon herself to change that “I decided, let’s do black women how I saw them, how they really are,” she said.