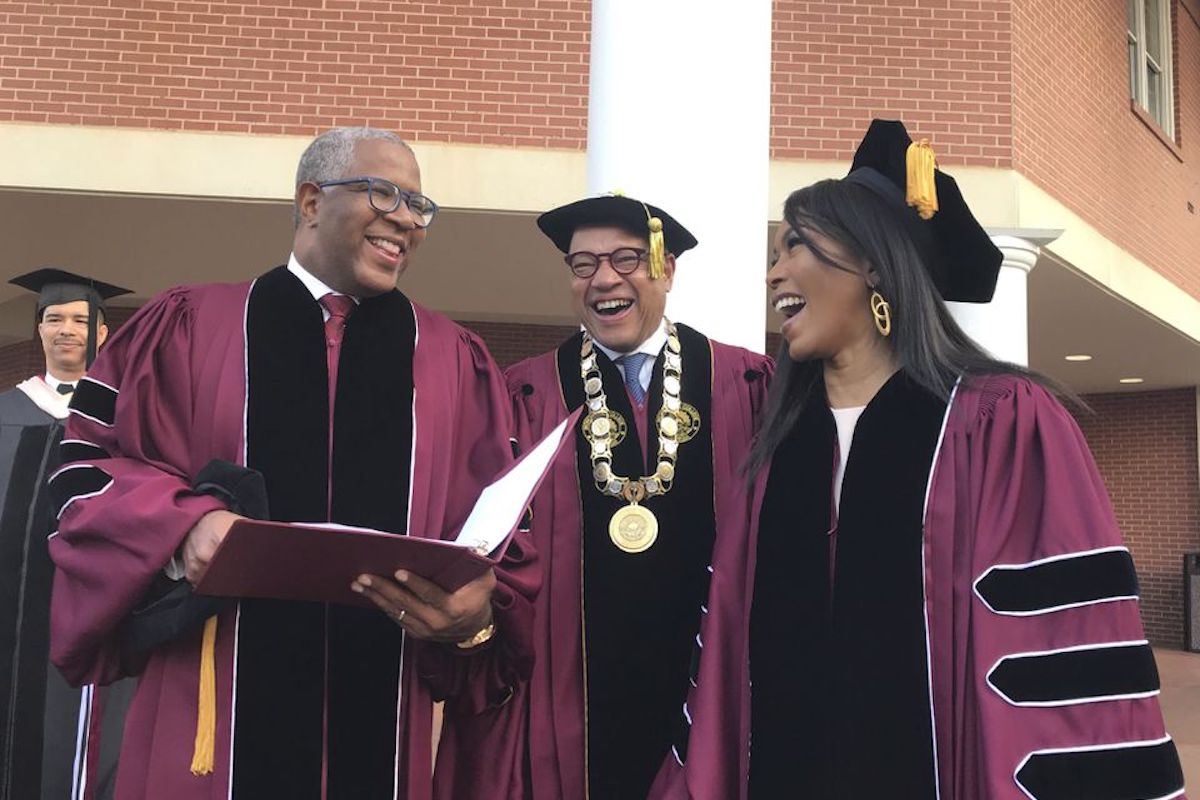 Adam Harris, The Atlantic
AP. Robert F. Smith, left, laughs with David Thomas, center, and actress Angela Bassett at Morehouse College on Sunday, May 19, 2019, in Atlanta. Featured Image
Commencement speakers have a routine: a few words of encouragement, a good—or maybe not so good—joke, and a bit of advice. But this year, Robert F. Smith, the billionaire founder of the private equity firm Vista Equity Partners, who delivered the commencement address on Sunday morning at Morehouse College, a historically black college in Atlanta, took a different approach.

“You great Morehouse men are bound only by the limits of your own conviction and creativity,” Smith told the soon-to-be graduates of the venerated HBCU (historically black college or university). Smith then did something astonishing: He did what he could to make that actually true, telling the class that his family would be eliminating the graduates’ student debt. The crowd, as expected, went wild.

The gift, estimated at about $40 million, is expected to clear the debts of nearly 400 graduates in this class—and is the single largest donation from a living donor to an HBCU in history. The gift is, of course, significant in a political sense, coming at a time when candidates for president and other politicians are seriously mulling debt cancellation; but it is also significant for these black men at Morehouse in particular.