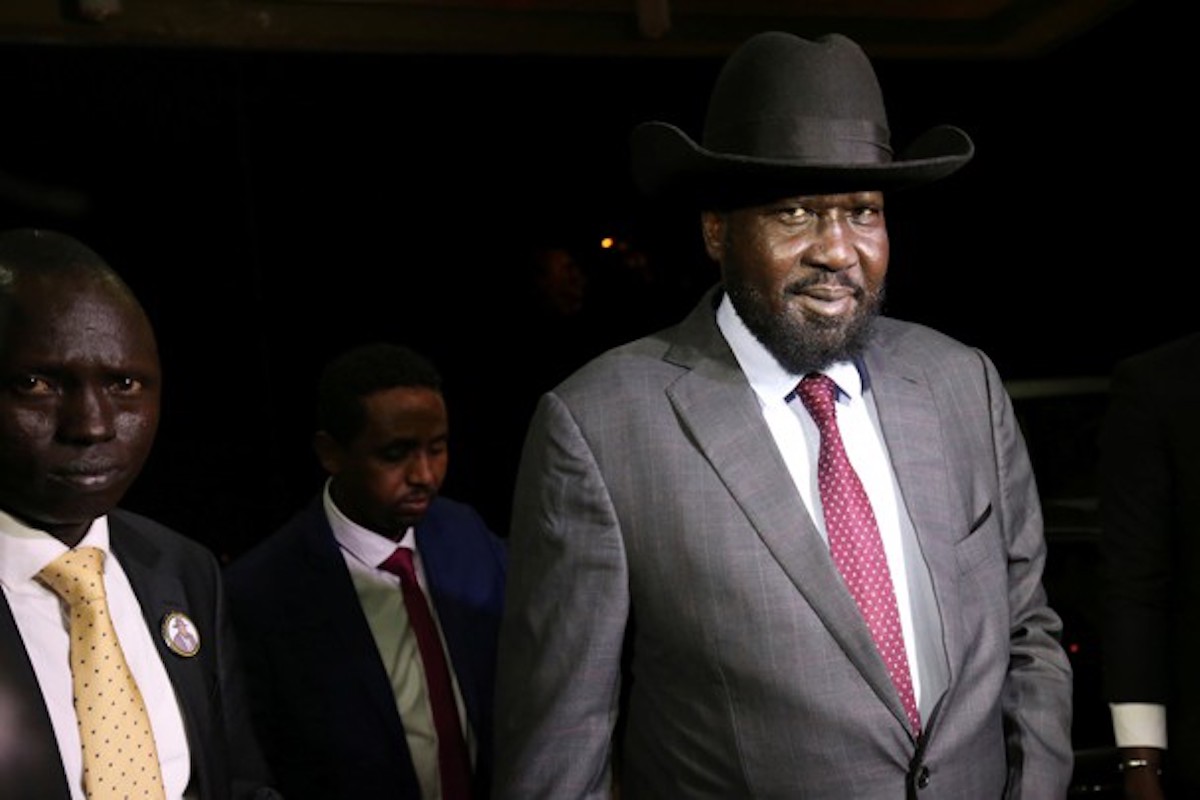 Universal Programs, Not Reparations, Are Needed To Counter Racism’s Effects | In These Times

Robert Malley & Alan Boswell, The Atlantic
South Sudan President Salva Kiir arrives at the national palace to negotiate with the South Sudan rebel leader Riek Machar on June 20, 2018.TIKSA NEGERI / REUTERS. Featured Image
JUBA, South Sudan—Virtually everything in South Sudan appears rigged in favor of the few. It begins with the economy, with so much oil revenue and so little to show for it. The capital, Juba, has few paved streets and scant signs of development or even basic infrastructure. There is wealth, but unseen, lost to graft, misused to build private armies and buy off potential rivals.

The war, too, belongs to the elites. They are not doing the fighting, and they are not its victims. But they provoke it, manipulating ethnic tensions to mobilize their respective constituents and seek control of land and resources. They are good at sparing their own manpower: Armed groups typically don’t do battle with other armed groups, but instead steal from, rape, and kill ordinary, defenseless civilians. Even peace itself has tended to be the preserve of those at the top. Rather than negotiate on behalf of their constituents, strongmen strike transactional deals to preserve their personal power.

At least peace—or the absence of war—can bring benefits to a broader community. That much became clear after President Salva Kiir and his former vice president but also main rival, Riek Machar, reached a cease-fire deal last September. Their recent decision to extend the deadline to form a transitional unity government rather than pronounce the collapse of their agreement was, for that reason, welcome news. But it also was a clear indication of how tenuous the truce is, and how far off a lasting peace still remains.