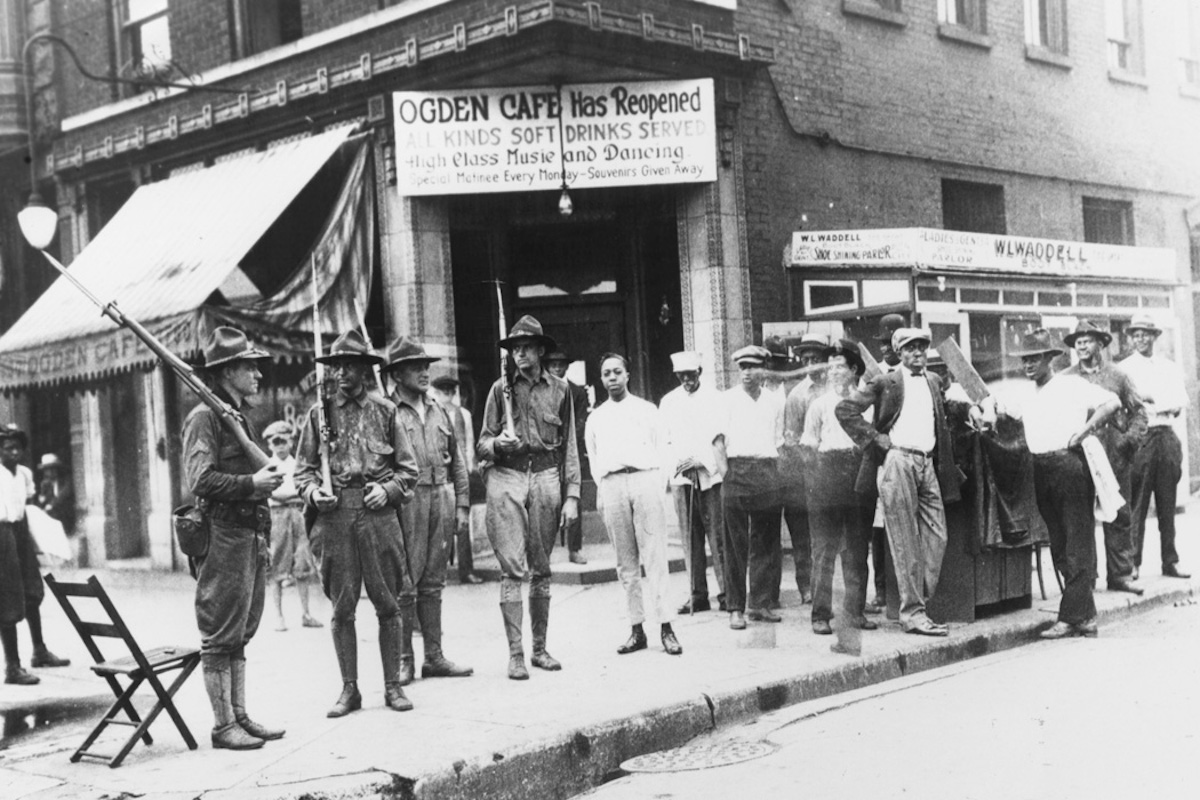 The long “Red Summer of 1919” saw a brutal outburst of mob violence directed against African Americans across the country. James Weldon Johnson, field secretary of the NAACP, was the one to name it the “Red Summer.” This “red” was for blood. Among other horrors, there were race riots, ninety-seven lynchings, and a pogrom-like massacre of somewhere between 100 and 237 people in Elaine, Arkansas.

As historian David F. Krugler writes, one of the worst race riots shook Washington DC from July 19th to July 22nd, 1919. On the night of July 18th, a young white woman was attacked, and rumors quickly spread that two African American men were guilty. Her husband worked for the Navy, and soon a mob of white servicemen and veterans were descending upon a predominately African American neighborhood, attacking everyone they encountered. The Home Defense League, a civilian vigilance committee officially sanctioned by the war effort to enforce patriotism and “Americanism,” also joined in.