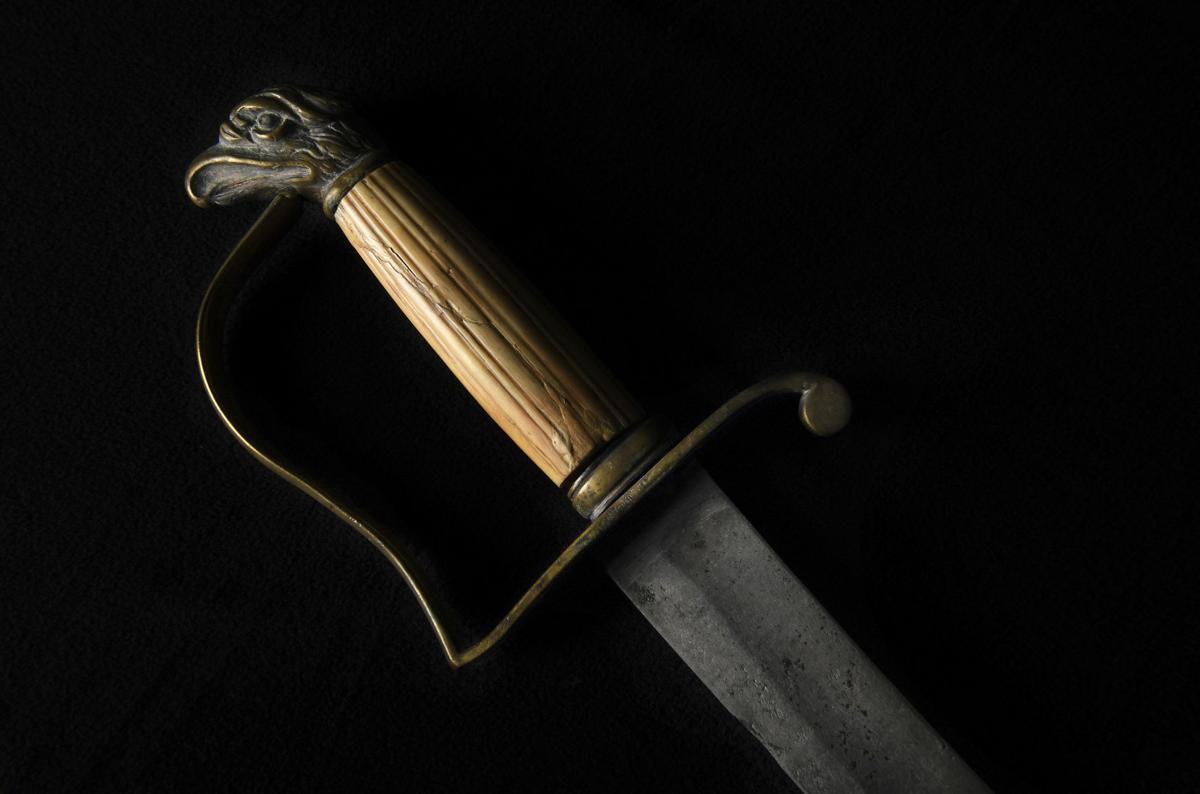 Greg Schneider, The Washington Post
In this Monday, April 8, 2019 photo, the sword that is believed to have been carried by Nat Turner during his insurrection is seen in Courtland, Va. In 1831, a slave rebellion was led by Turner in Southampton County. He and and others from the insurrection were found guilty and hung. The Southampton County Historical Society is planning a free walking tour around Courtland that highlights historical spots in town, many of which involve Turner and the rebellion. (Matt McClain), Featured Image
BOYKINS, Va. — Kids grow up in rural Southampton County hearing that the mist creeping across the fields might be something unearthly. Old folks warn them not to sneak into abandoned houses, where rotting floors and walls are said to be stained with blood.

This is a haunted landscape.

Nearly 188 years ago, the self-styled preacher Nat Turner led fellow slaves from farm to farm in Southampton County, killing almost every white person they could find. Scores of blacks were murdered in reprisals throughout the South.

The legacy of the biggest slave revolt in U.S. history still hangs over the sandy soil and blackwater cypress swamps of this county along the North Carolina line, but the physical traces of the event are vanishing.

“A lot of the sites that tell the story have been destroyed,” said Cassandra Newby-Alexander, a historian at Norfolk State University. In Southampton and elsewhere, she said, neglect and denial have “tended to obliterate the presence of African Americans . . . as well as eliminating our history of slavery.”