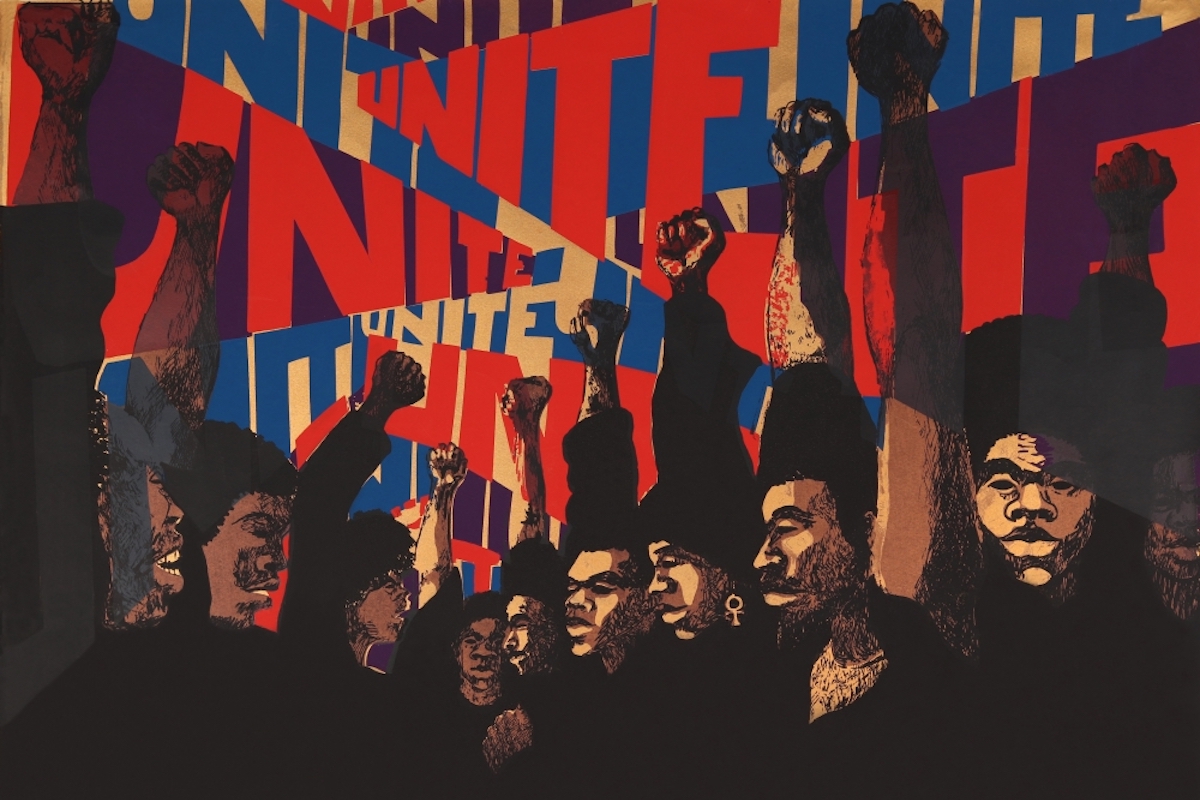 S oul of a Nation, currently on view at the Broad Museum, brings together a diverse selection of work made by African American artists between 1963 and ’83, correcting a historical absence of institutional recognition. At the same time as the largely white art world was overlooking these artists, a small cadre of African American arts professionals and Black-owned galleries were exhibiting their work and promoting their careers.

One such organization was the Black Arts Council, founded in 1968 by two art preparators at the Los Angeles County Museum of Art (LACMA), Claude Booker and Cecil Fergerson, who advocated for greater representation for Black artists at the museum. Artist, poet, and dancer Suzanne Jackson ran Gallery 32 just off Los Angeles’s MacArthur Park between 1968 and ’70, where she showed Emory Douglas, David Hammons, and Betye Saar among others. Founded in 1967 by Dale Brockman Davis and his brother Alonzo Davis, Leimert Park’s Brockman Gallery was an incredibly influential space for artists of color for over two decades, not only exhibiting their work, but offering them studio space.