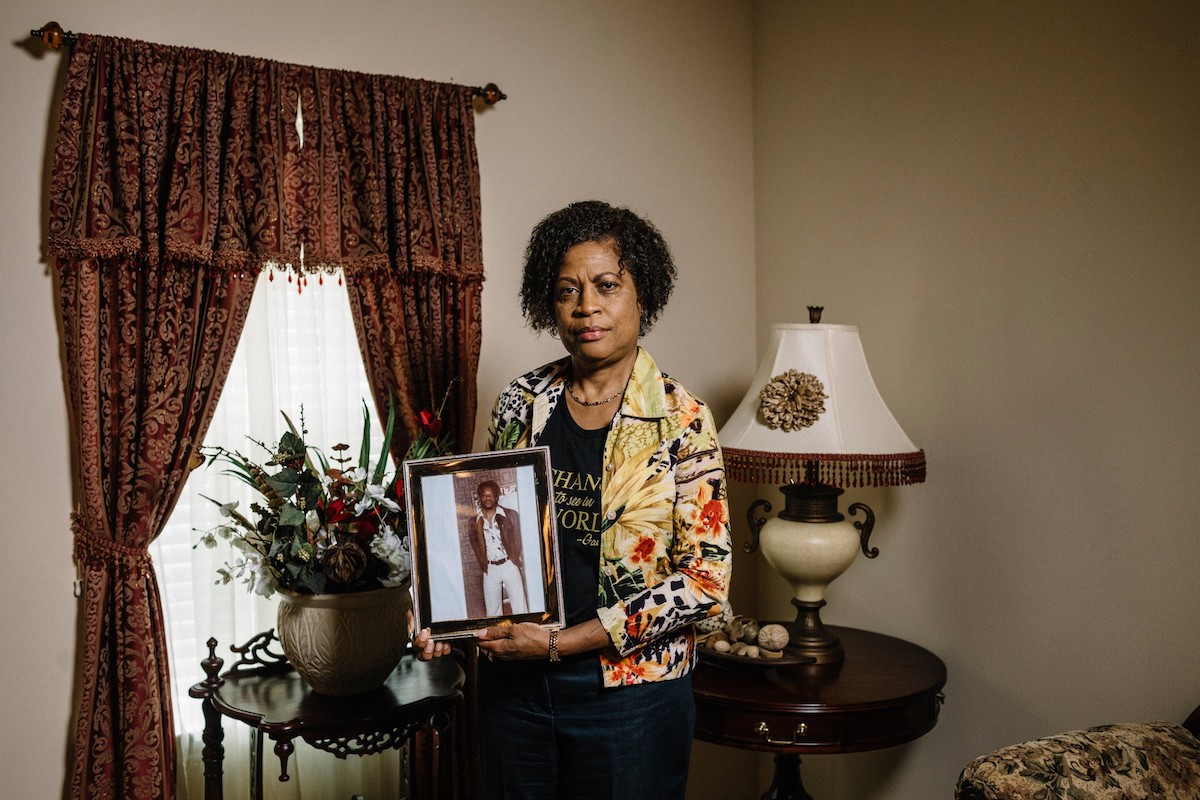 Robert Channick, The New York Times
Louvon Harris with a photo of her brother James Byrd Jr., who was murdered by white supremacists in 1998. Credit William Widmer for The New York Time, Featured Image
John William King, 44, convicted two decades ago for killing James Byrd Jr. in an act of unfathomable racist brutality in the small town of Jasper, was put to death by the State of Texas on Wednesday night with a dose of pentobarbital.

The execution, carried out at the state’s death chamber in Huntsville, came after the United States Supreme Court turned down Mr. King’s last petition for a stay. He was pronounced dead at 7:08 p.m., said Jeremy Desel, a spokesman for the Texas Department of Criminal Justice.

Mr. King kept his eyes closed as witnesses arrived to the execution chamber on Wednesday, The Associated Press reported. When the prison warden, Bill Lewis, asked him if he had any final words, Mr. King said, “No.”