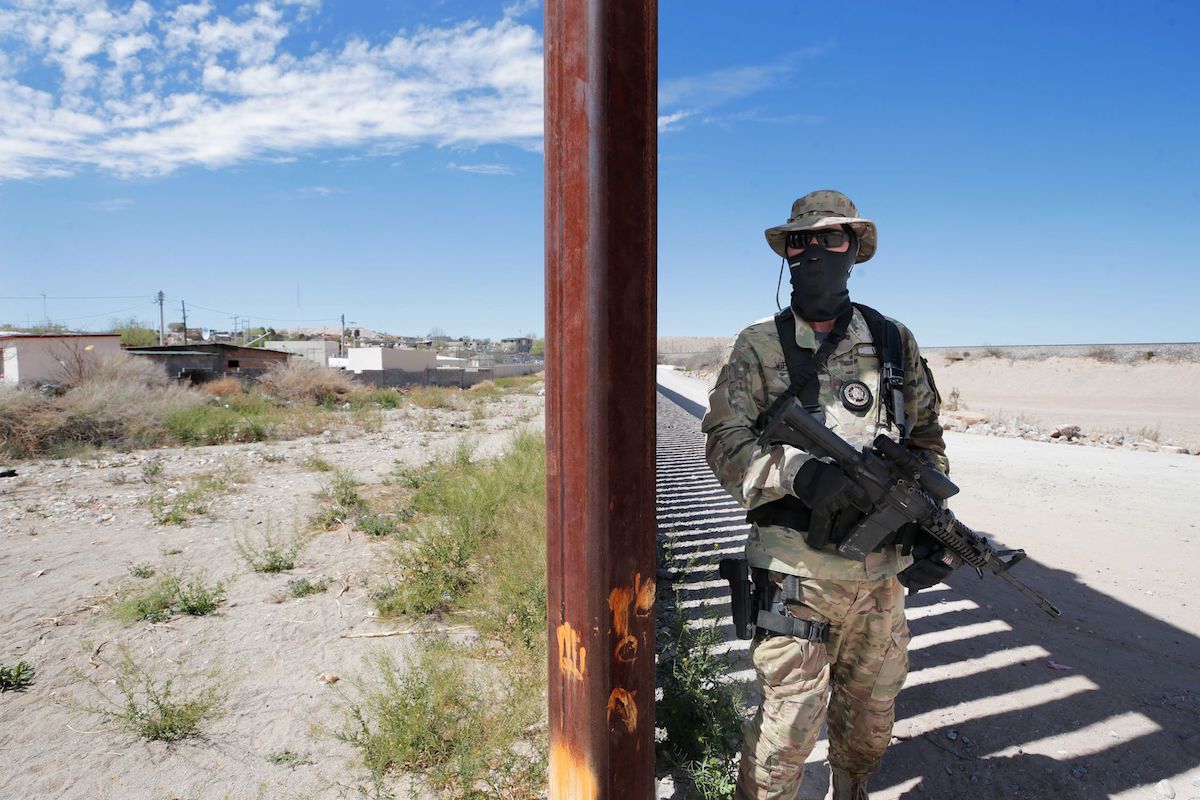 Simon Romero, The New York Times
LAS CRUCES, N.M. — Before the F.B.I. arrested Larry Hopkins, the leader of the right-wing militia that detained migrant families in the New Mexico desert, he’d had so many run-ins with the law that his police record stretched across much of the United States.

Oregon police arrested him in 2006 on charges of impersonating a police officer and a felony weapons offense. They had found him showing guns to teenagers in a gas-station parking lot while wearing a police-style uniform and a badge emblazoned with the words “Special Agent.”

“Hopkins stated that he worked for the federal government directly under George Bush,” Officer Jack Daniel of the sheriff’s office in Klamath County, Ore., wrote in his report. Mr. Hopkins, the report said, claimed variously to be investigating a meth lab, hunting fugitives and undertaking unspecified “operations” in Afghanistan.

Officials in South Dakota indicted Mr. Hopkins in 2009 on charges of failure to pay child support. Long before then, Mr. Hopkins pleaded guilty in 1996 in Michigan to felony possession of a loaded firearm and was sentenced to 16 months to two years in prison.

Mr. Hopkins finally came under the scrutiny of federal authorities in 2017, after the F.B.I. received reports that his group was “training” to assassinate Barack Obama, Hillary Clinton and George Soros, according to documents unsealed Monday in federal court.