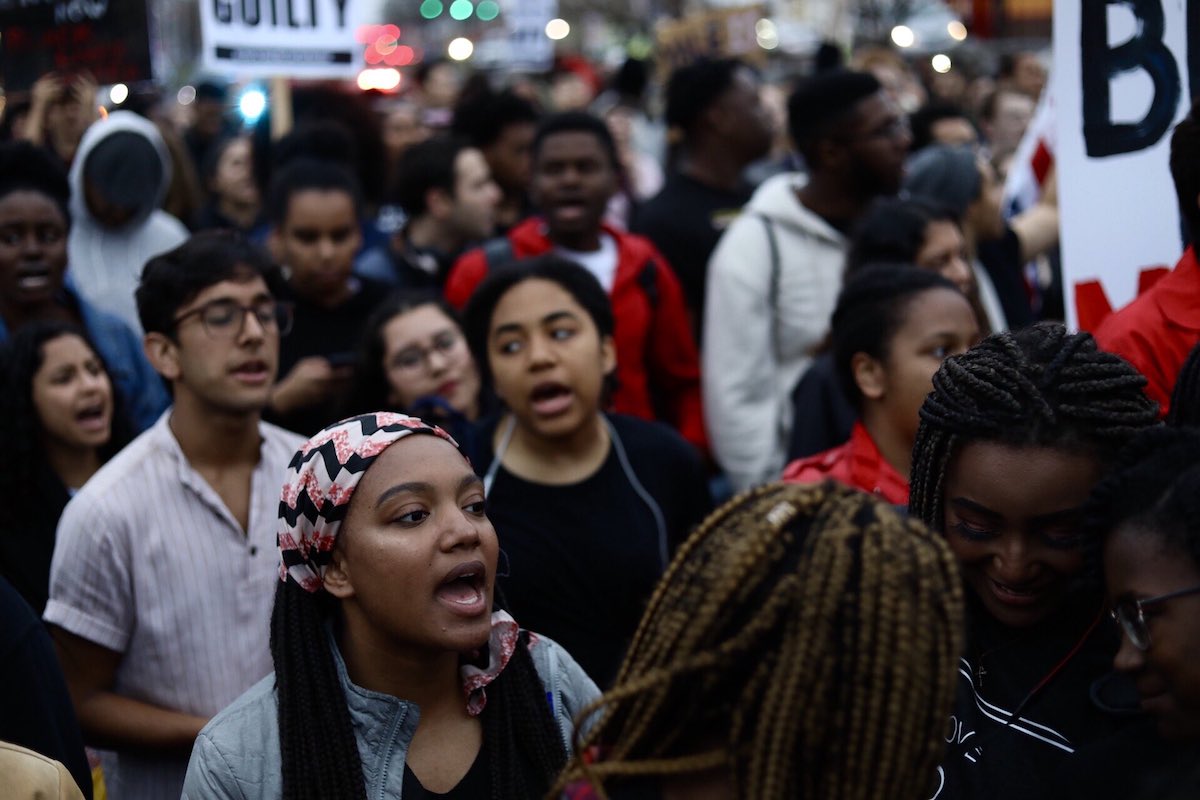 Stephanie Washington, 22, was hospitalized with non-life-threatening injuries following the shooting by an officer from Yale and another from the adjacent town of Hamden, university officials said in a statement.

“No weapons were observed at the scene,” Connecticut State Police Sgt. Dwight Washington said in a statement.

“This is not just a Hamden situation or a New Haven situation,” demonstrator Remidy Shareef of Hamden told NBC Connecticut Friday night. “This situation is the culture of policing throughout America.”