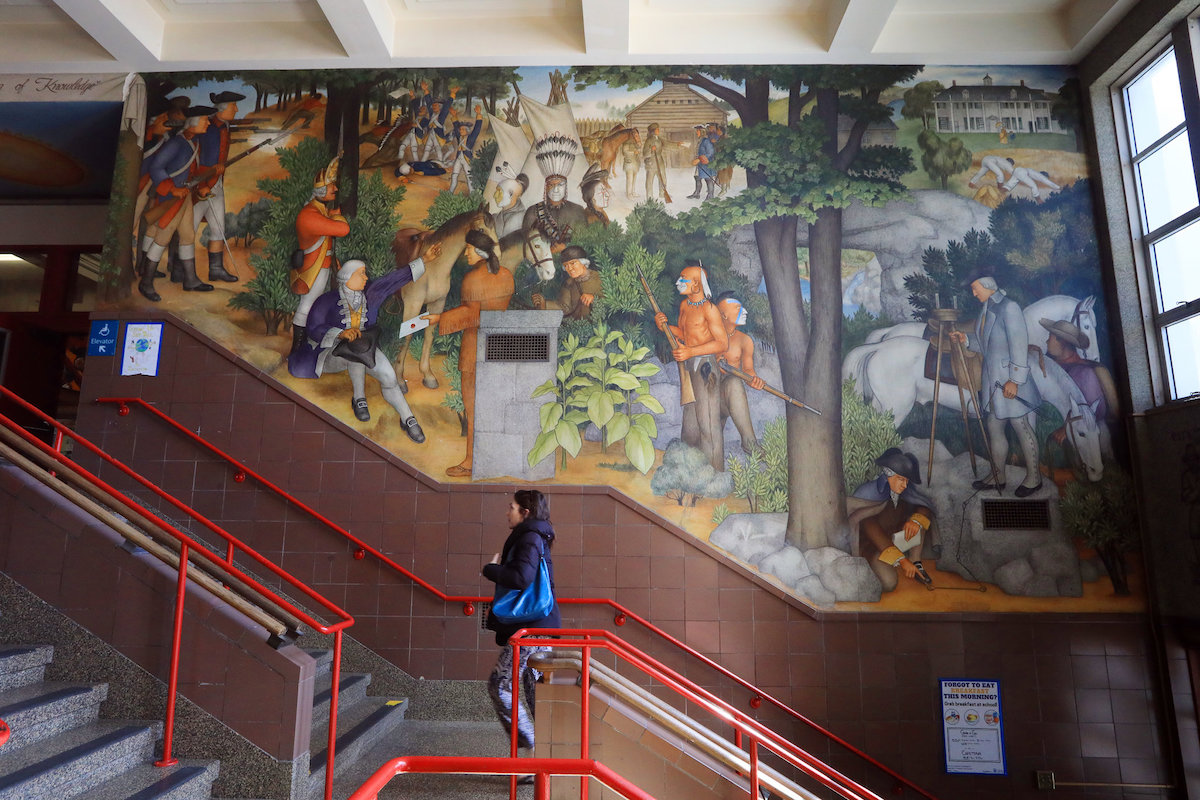 Carol Pogash, The New York Times
One of the 13 murals that make up “The Life of Washington,” at George Washington High School in San Francisco. Credit Jim Wilson/The New York Times, Featured Image
SAN FRANCISCO — In one of the murals, George Washington points westward over the dead body of a Native American. Another depicts Washington’s slaves, hunched over, working in the fields of Mount Vernon. These images aren’t in a museum exhibition but on the walls of a public high school.

In this famously left-of-center city, liberals are battling liberals over these Depression-era frescoes that have offended some groups.

In the debate over the 13 murals that make up “The Life of Washington,” at George Washington High School, one side, which includes art historians and school alumni, sees an immersive history lesson; the other, which includes many African-Americans and Native Americans, sees a hostile environment.

Sometime this spring, the school board will make a decision about the future of the massive frescoes that extend from the school’s entryway through its lobby, confronting students as they climb the stairs to their classrooms.