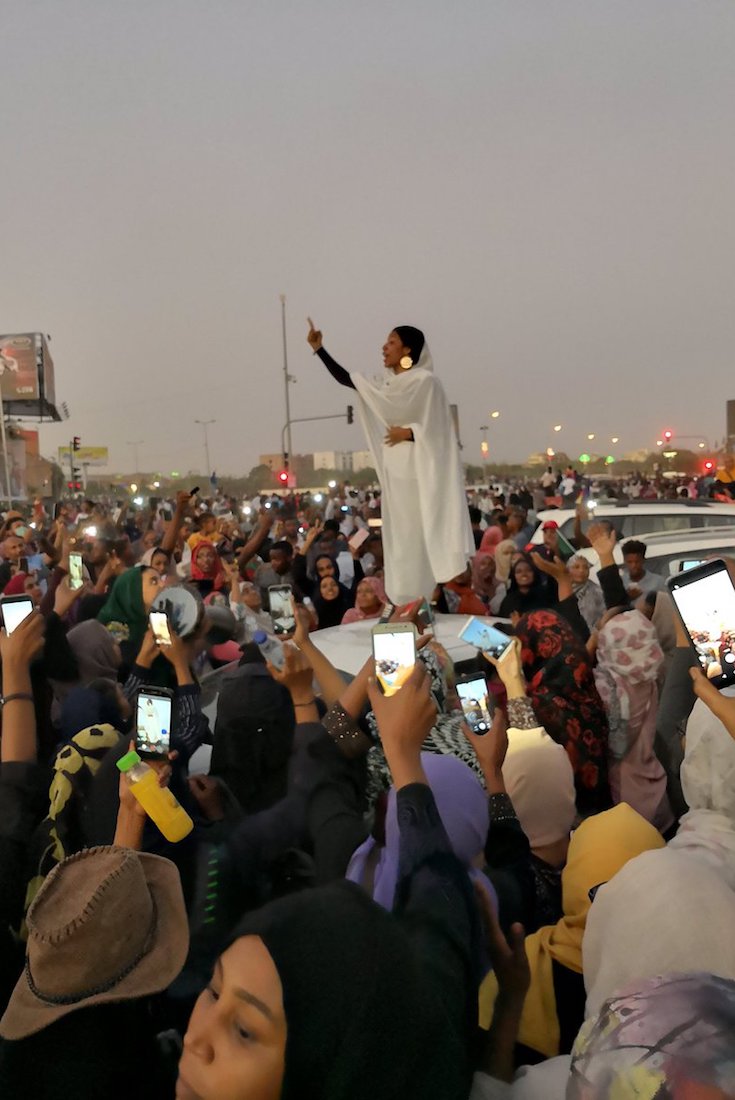 Hakim Bishara, Hyperallergic
A photo of a 22-year-old woman leading chants in a protest in Khartoum, Sudan, has become the symbol of a months-long, nationwide uprising against the country’s three-decade ruler Omar Hassan al-Bashir, who was ousted this week in a military coup.

The image, taken by photographer and musician Lana H. Haroun, captured the young woman chanting songs of freedom in front of a crowd of predominantly women protestors. BuzzFeed has identified the protestor as Alaa Salah, an engineering and architecture student at the Sudan International University in Khartoum. Salah’s charismatic appearance in a traditional white thobe and large, round gold earrings called fedaya won her the title “kandaka,” which means Nubian queen, and has been widely used to refer the women protesters. An older version of the Sudanese flag can be seen painted on her cheeks.

“She was trying to give everyone hope and positive energy and she did it,” Haroun told CNN. “She was representing all Sudanese women and girls and she inspired every woman and girl at the sit-in.” The protest inspired numerous posters and artworks alongside Salah’s iconic image.