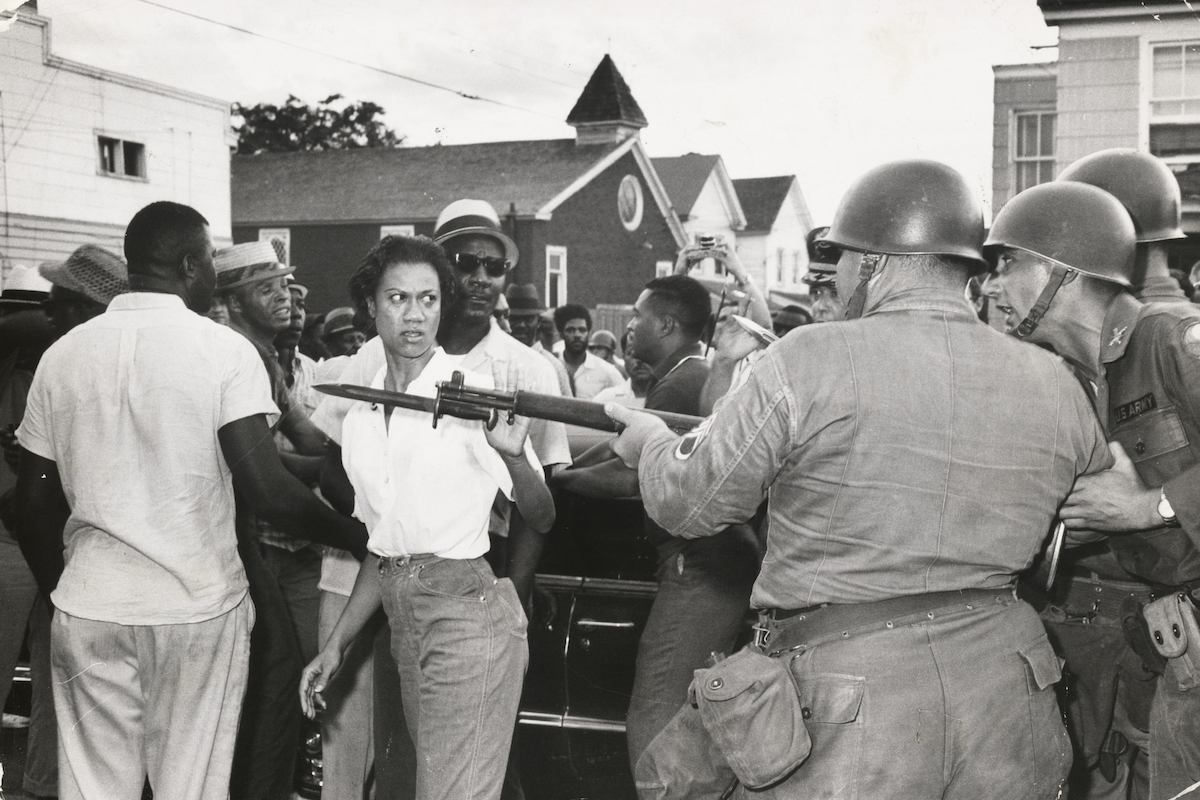 Gloria Richardson might be better know by her photograph than by her name.

A sequence of photographs captured her in Cambridge, 1963, forcing a bayonet out of her face while giving a White National Guardsman the most contemptuous of looks.

Cambridge was under martial law at the time, and tensions were at their peak. Jim Crow was strong in Cambridge. Schools, hospitals and churches were segregated and Black unemployment was quadruple White unemployment.

Richardson nee St. Clair, an heiress of the Baltimore Black elite, was born and raised on Stricker Street until moving to Cambridge at six years old. She attended St. James Episcopal Church and Public School No. 119. She played in Lafayette Park.

“Her family was not middle class, they were actually above middle class,” said Joseph R. Fitzgerald, assistant professor at Cabrini University. “Her family was so wealthy that when Ms. Richardson’s maternal grandfather died, he was a city councilman in Cambridge, Ms. Richardson’s family, they found IOUs where he was lending White politicians money.”