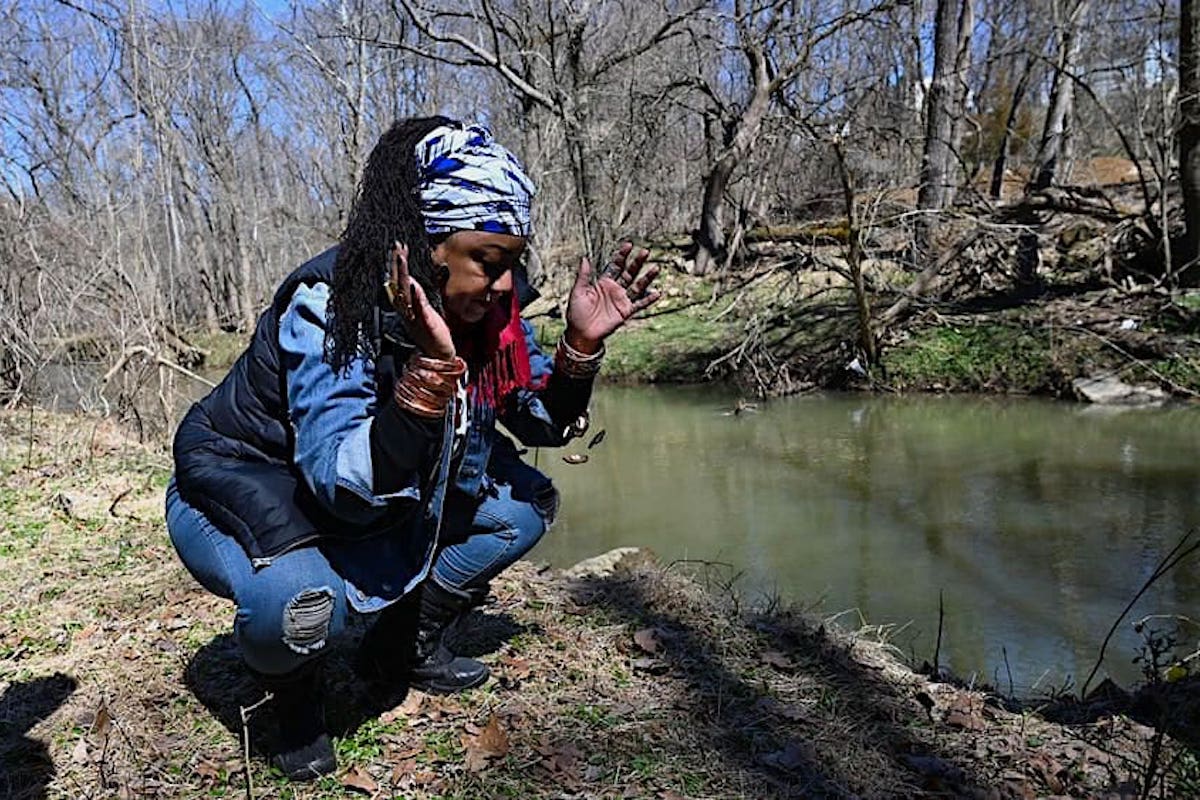 Jonathan M. Pitts, The Washington Post
Iyanifa Oyadele Ogunsina, known as Olori, tosses shells in a divination ceremony on the banks of the Scotts Level Branch in Pikes­ville, Md. She is a practitioner of Ifa, an ancient West African faith. (Kim Hairston/Baltimore Sun), Featured Image
Baltimore County — They gathered in a clearing by a stream in Baltimore County one chilly early-spring day, some in the colorful African head ties known as geles, others wearing bracelets trimmed in shells or carved in wood. names.

One by one, they stepped forward to toss offerings into the Gwynns Falls — a pineapple, four oranges, a bouquet of tulips.

And when the lead priestess of these African American women dropped a handful of shells to the ground and scrutinized their pattern, a message came through: Their celebration of the spring equinox was blessed by the divine.

“[The river goddess] Osun has accepted our gifts,” said the priestess, a Mount Washington resident named Iyanifa Oyadele Ogunsina. She is a longtime practitioner of Ifa, an ancient West African faith, and prefers to be called Olori, the name she is known by within the faith. She and other members of the group regard it as disrespectful to discuss their faith using what they call their “government”