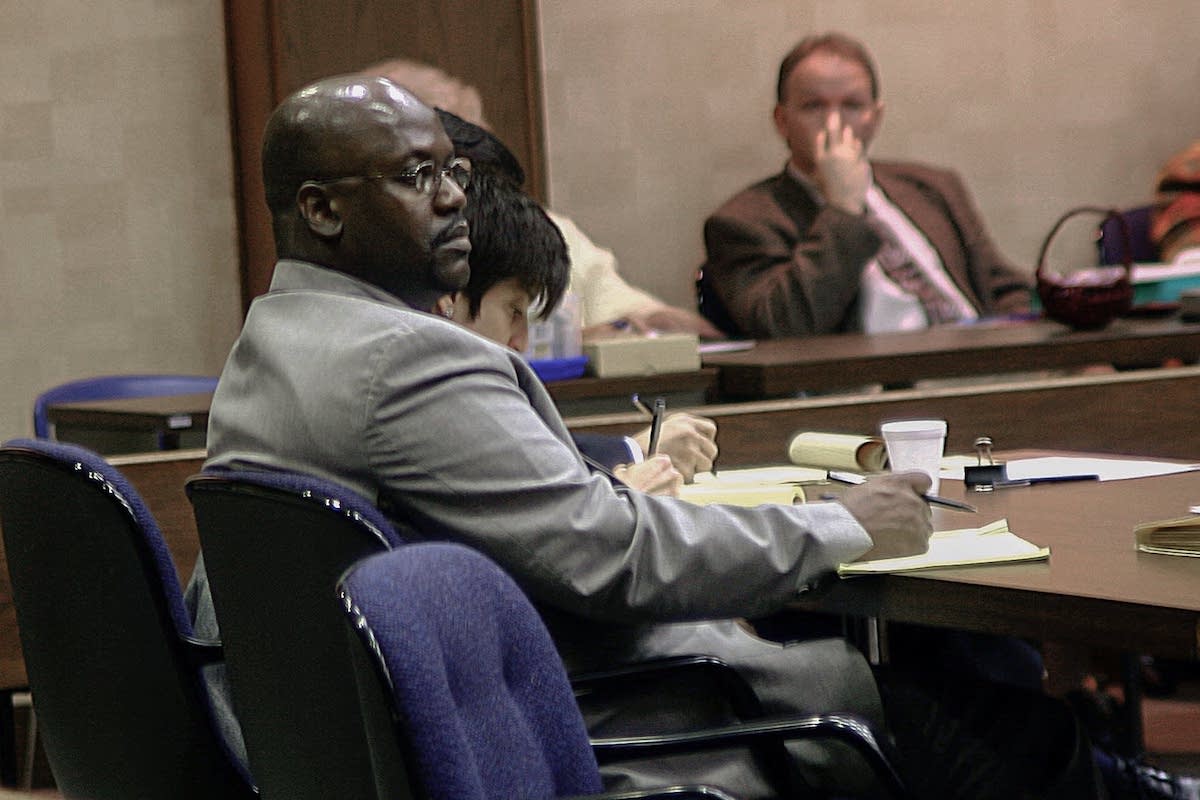 Garrett Epps, The Atlantic
Curtis Flowers at his third trial in Winona, Mississippi, on Feb. 6, 2004.Dale Gerstenslager | AP., Featured Image
The American legal system pretends to marble-and-mahogany majesty, but is in fact often a rickety, underfunded contraption, run by overworked mortals who are sometimes incompetent and sometimes actually ill-intentioned. But even amid law’s cratered landscape, sometimes a specific case presents facts simply beyond belief; sometimes the “system” stands revealed as nothing more than one human being tormenting another because he can.

For me, such a case is Flowers v. Mississippi, a death-penalty appeal to be argued before the Supreme Court on Wednesday. The specific issue the Court will hear is whether, during a murder trial in 2010, a Mississippi prosecutor named Doug Evans deliberately used “peremptory challenges” to remove potential jurors because of race. If the U.S. Supreme Court agrees, then Flowers’s conviction for multiple murders in 1996 will be set aside.

Of course, if that happens, Evans can simply try Flowers again on the same charges. And why wouldn’t he? Evans has already prosecuted Flowers for the same crime six times over the past 20 years.

Evans’s record against Flowers is 1–5. First, he obtained a conviction that was set aside by the state appeals courts because of misconduct designed to confuse and mislead the jury—he introduced evidence of crimes that were not before the court; implied that he had evidence that a defense witness had lied when there was no such evidence; and told the jury about “taped statements” by Flowers that didn’t exist. In the next two trials, he obtained convictions by engaging in the precise misconduct alleged in this case: intentionally using race to skew the jury against Flowers, who is African American.