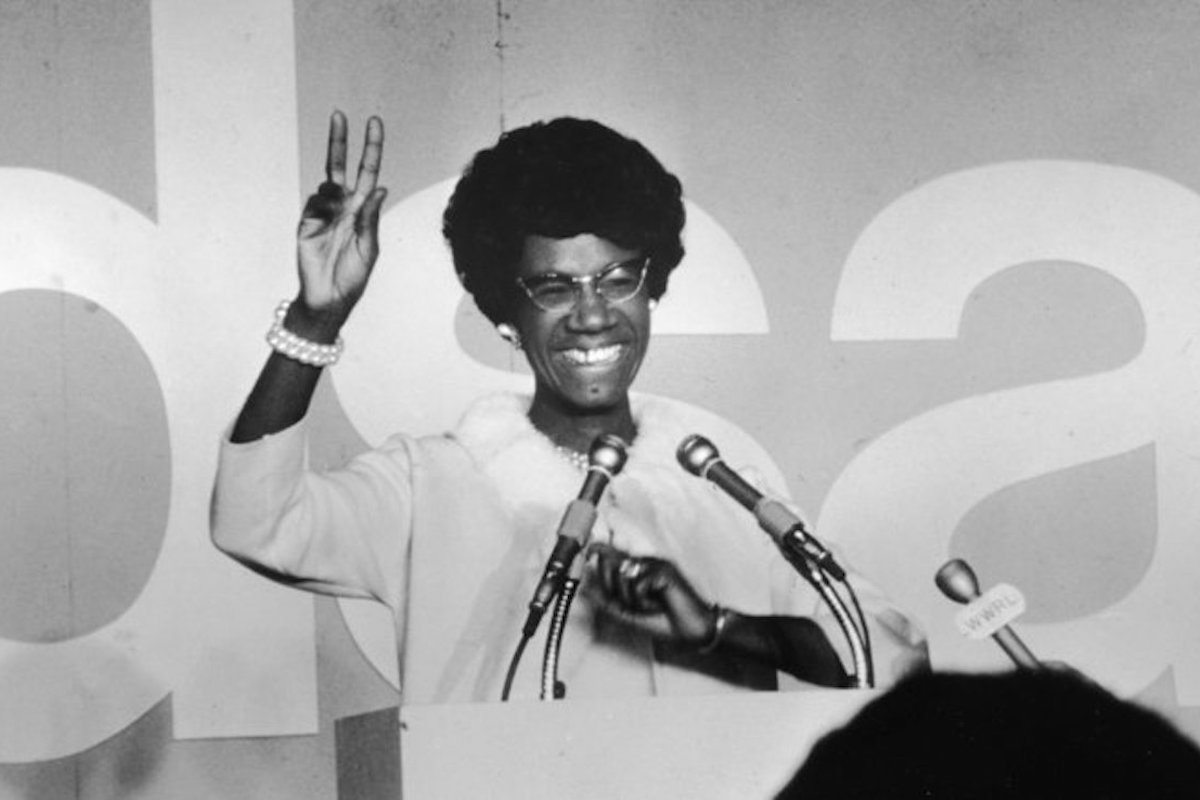 From Dumbo’s crows to The Song of the South: the Disney characters too racist to return | The Telegraph UK

Madison Feller, Elle
African American educator and U.S. congresswoman Shirley Chisholm stands at a podium and gives the victory sign, circa 1968. (Photo by Pictorial Parade/Getty Images). Featured Image
Shirley Chisholm is a veritable icon. About 50 years ago, she became the first black woman to ever be elected to the U.S. Congress, and from there, she went on to become the first black candidate to run for a major party’s nomination for president and the first woman to run for the Democratic Party’s presidential nomination. A representative of New York’s 12th congressional district, Chisholm ran with the campaign slogan “Unbought and unbossed,” a reflection of her mission to be a politician for the people. In doing so, she made a space for herself and opened the door for other women to follow suit. As she famously said, “If they don’t give you a seat at the table, bring a folding chair.”

Below, in honor of Black History Month, seven current Congresswomen reflect on Chisholm’s legacy and how she changed the game for women in politics.

“Shirley Chisholm declared before it was cool, before people were really welcoming her in, that she was going to be unbought and unbossed. What that means to me is that you cannot be afraid, and you cannot be afraid to say no. I am here to represent the people of the Illinois 14th, and sometimes folks have other agendas. If I am going to be successful, I can’t be beholden to interests or industries or these nefarious groups. I am here to serve the people, and she really embodies that.” —Rep. Lauren Underwood (IL-14)