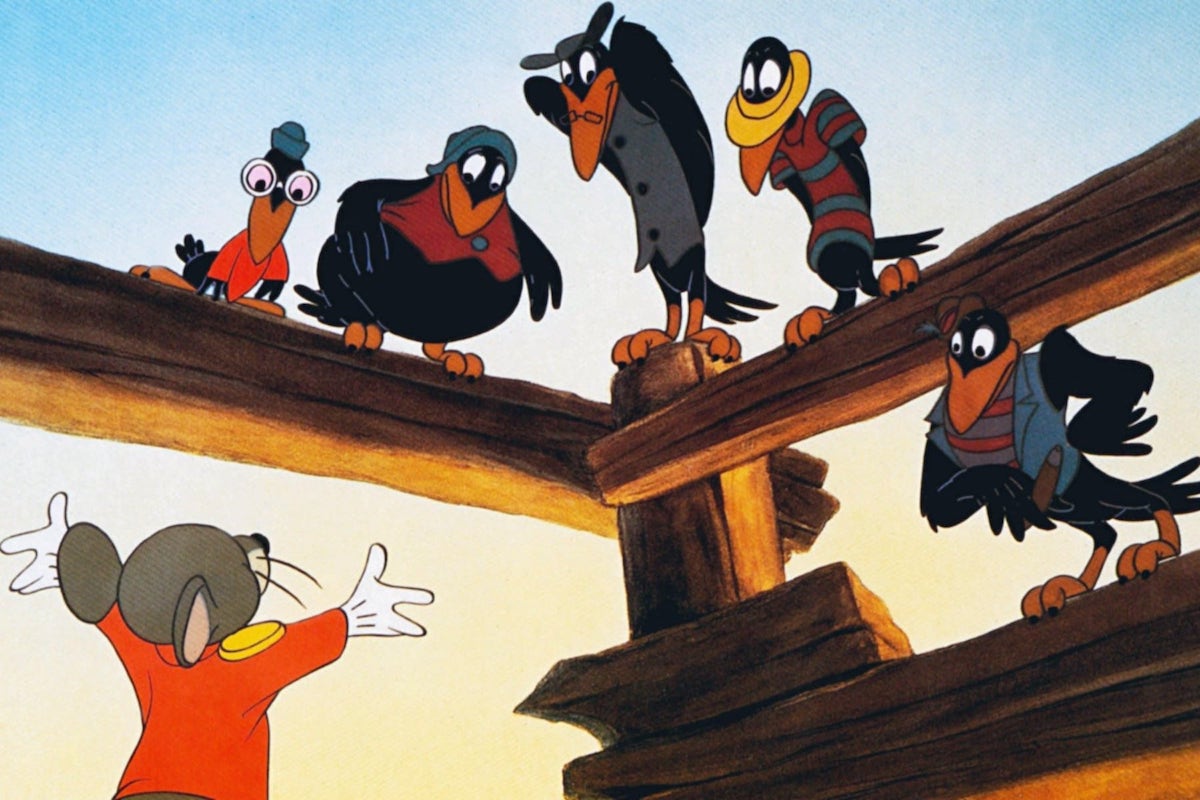 Tim Robey, The Telegraph UK
A scene from the original Dumbo (1941) CREDIT: ALAMY. Featured Image
Tim Burton’s Dumbo – which opened on Friday to decidedly mixed reviews – is nearly twice as long as Disney’s 1941 classic, but there’s one set of characters you won’t find reproduced even for a nanosecond of screen time: the crows. Appearing in the original’s last 10 minutes or so, this jive-talking, openly stereotyped quintet (who sing When I See an Elephant Fly) can’t be comfortably made over to placate modern sensibilities.

The leader of the pack, puffing his chest out and clutching a cigar in his wing, is a whole checklist of affronts to African-Americans. He’s called Jim Crow – a glib nod towards America’s still-extant segregation laws of that name. To add insult to injury, he’s voiced by…

CLICK TO READ THE FULL ARTICLE, The Telegraph UK