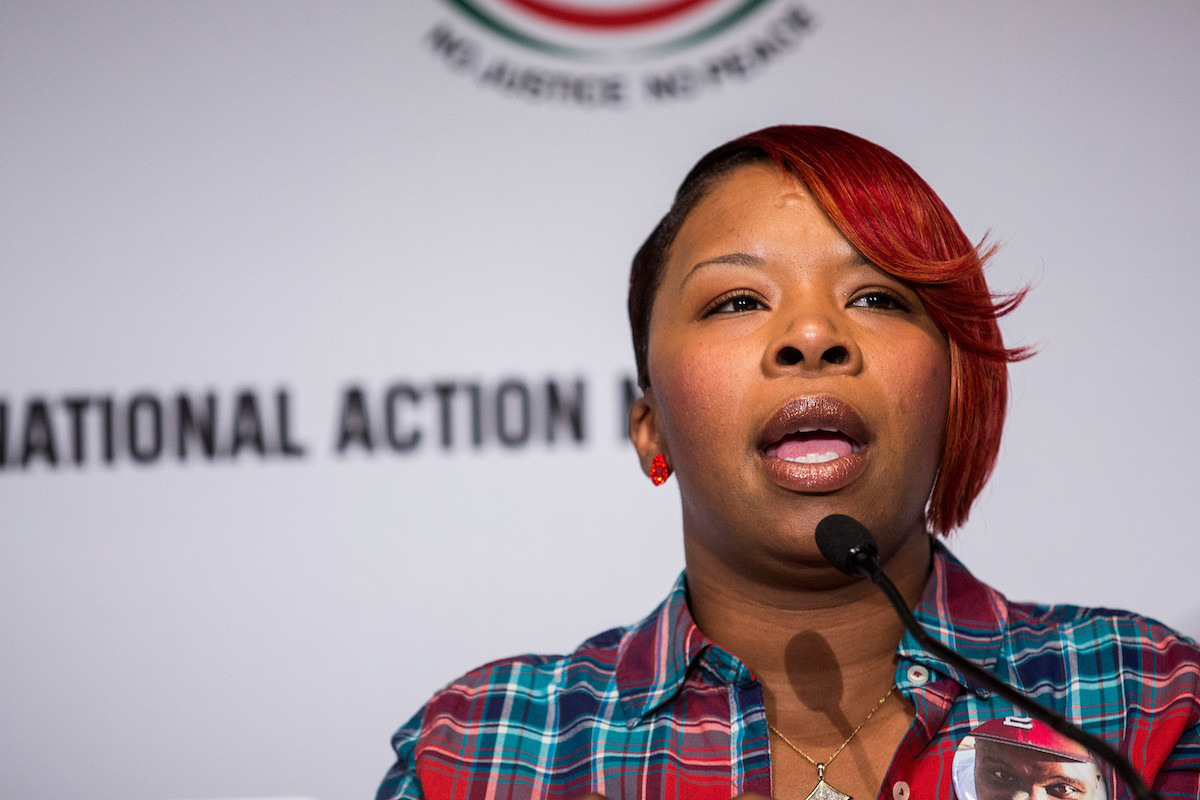 John Eligon, The New York Times
Lesley McSpadden Getty Images, Featured Image
Nearly five years ago, Lesley McSpadden appeared distraught before the world after finding out that a grand jury had declined to indict a white police officer in Ferguson, Mo., in the fatal shooting of her teenage son, Michael Brown, who was black.

She stood on top of a car, surrounded by a sea of supporters. “I’ve been here my whole life; I ain’t never had to go through nothing like this,” she said before sinking her face into her hands.

Ms. McSpadden, 39, came up short on Tuesday in an attempt to turn that sorrow and anger into an elected post. She lost the three-way race for a seat on the Ferguson City Council to Fran Griffin, a black woman who has been deeply involved in reform efforts in Ferguson since the death of Mr. Brown, who was 18.

Ms. McSpadden’s election bid was her latest effort to effect change in the name of her son. She made appearances with other black mothers who lost their children to violence, including on stage at the Democratic National Convention in 2016. She also testified before the Missouri State Legislature.