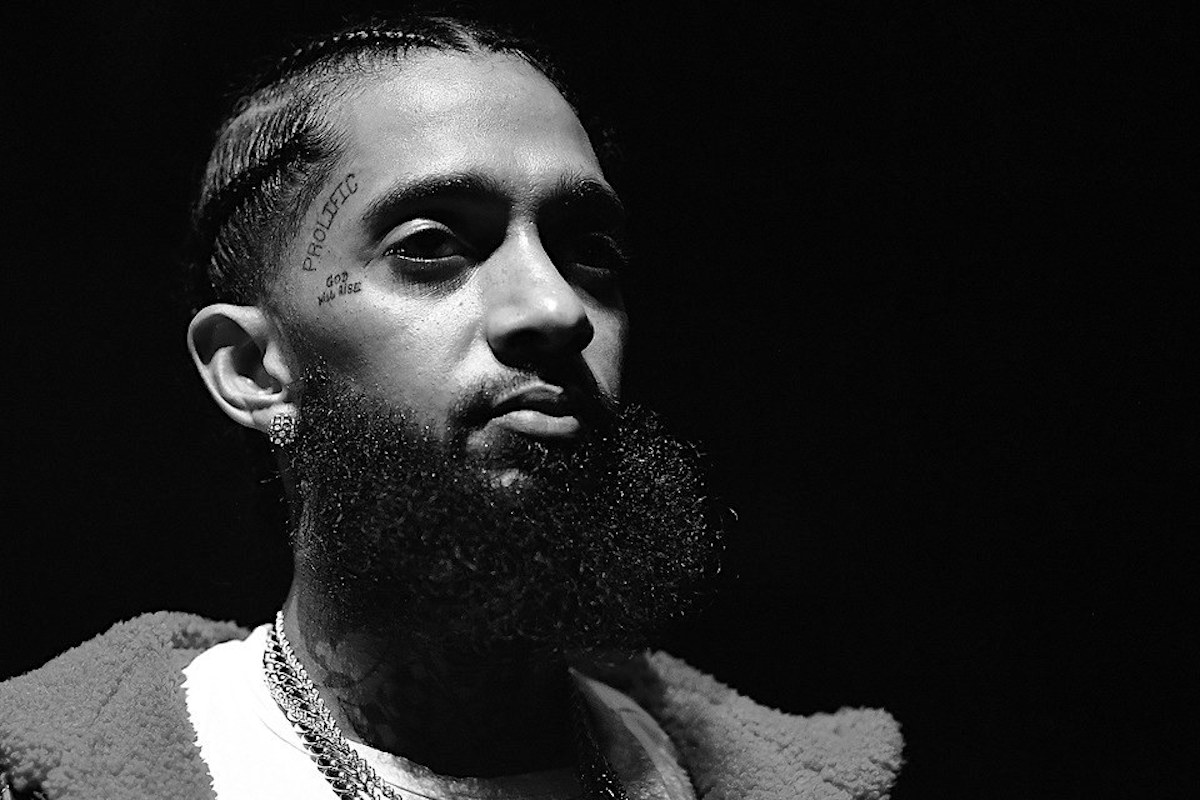 Gerrick D. Kennedy, Los Angeles Times
Ermias Davidson Asghedom aka Nipsey Hussle, December 2018 (Prince Williams/Wireimage), Featured Image
A banner of Nipsey Hussle is stretched across an exterior of the Baldwin Hills Crenshaw Mall. It has been there for most of the year and is easy to spot if you’re cruising down the uneven stretch of road that funnels Martin Luther King Jr. Boulevard through Crenshaw Boulevard.

On the placard, Hussle — looking fly in a black tracksuit and gold-rimmed shades, his hair tightly braided in precise cornrows — is gazing upward, hands clasped as if in prayer or plotting the next move.

Given the image was a celebratory banner for his sensational, Grammy-nominated label debut “Victory Lap” — a record that saw him go from an ambitious underdog to one of West Coast hip-hop’s most valuable players — it’s quite likely his mind was on future initiatives.

Yet, after the rapper was shot dead on Sunday, at 33, the billboard will now become a monument to an artist violently robbed of his life.