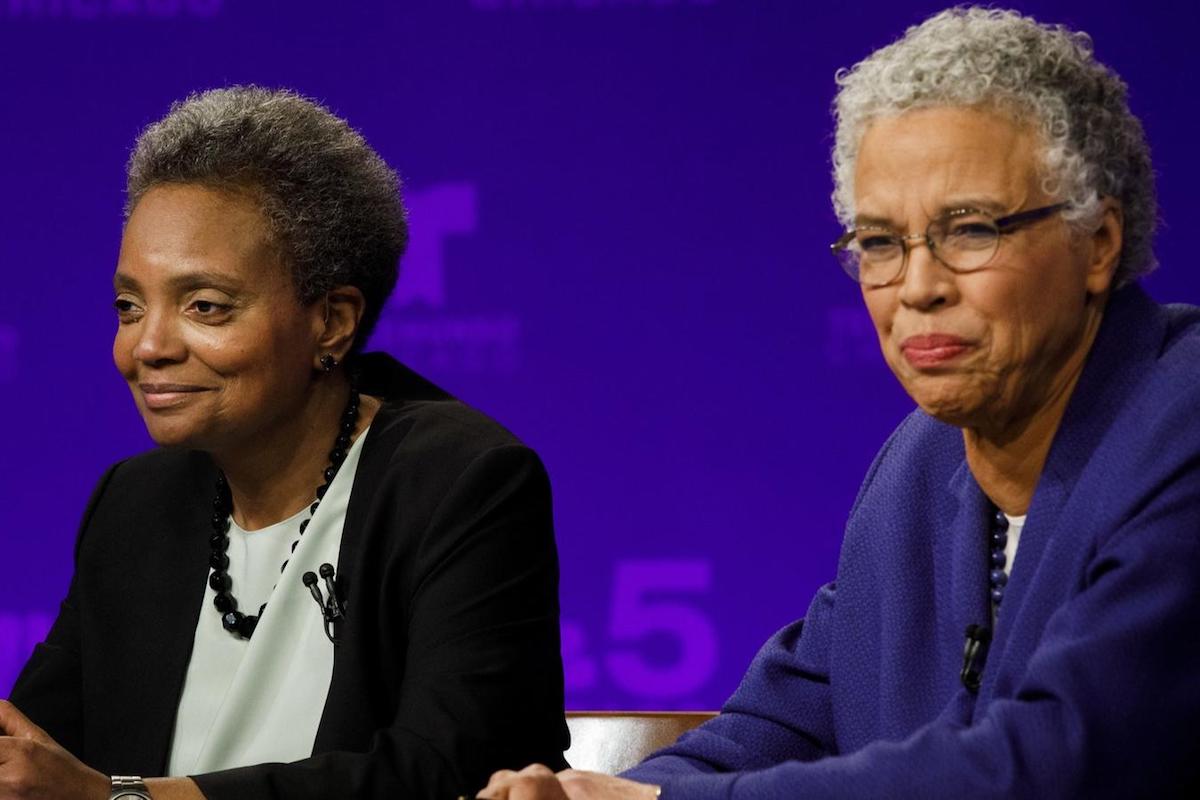 Javonte Anderson, Chicago Tribune
Mayoral candidates Lori Lightfoot, left, and Toni Preckwinkle take their seats before a televised debate at the NBC-Ch. 5 studios on March 7, 2019, in Chicago. (Armando L. Sanchez/Chicago Tribune). Featured Image
A new era in Chicago politics will be ushered in when an African-American woman is elected mayor for the first time in city history. The magnitude of the moment has not escaped black female voters, who have mixed emotions heading into Tuesday’s election.

For many black women, Tuesday’s election will be a remarkable shift in Chicago’s history that signifies a progressive step forward for the city. Other black women say, however, that they are unfazed or even unimpressed by the focus on the race and gender of the candidates.

But come Tuesday, Lori Lightfoot or Toni Preckwinkle will be thrust into a unique position: responsible for managing the nation’s third-largest city while also becoming a symbol of hope for many African-American women.