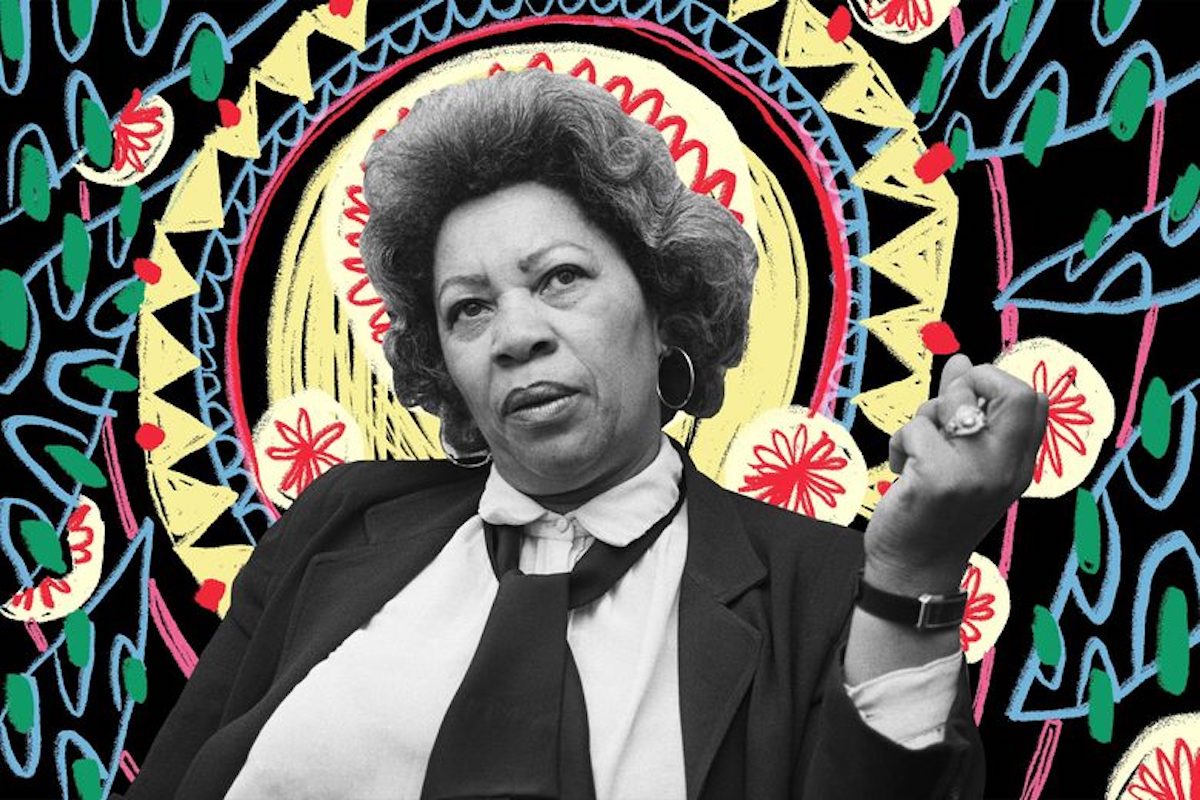 Namwali Serpell, Slate
Toni Morrison. Photo illustration by Lisa Larson-Walker. Photo by Bettman/Corbis.. Featured Image
More black. I once wrote a short story that did not identify its hero as black until halfway through. My editor queried this: “I assumed that these characters were white.” We disagreed, then fought. Hackles and tempers rose. Sweeping statements were made about genre and obliquity and readerly expectations. I cited Toni Morrison’s short story “Recitatif,” which does not specify either of its two main characters’ racial identities. At one point, the editor wondered if I might want to “pull the story and take a kill fee and move on.” Eventually, my concession: I named some minor characters as white, a reversal of the norm. “I’m grateful for your wherewithal,” the editor later told me.

Moot black. I was recently asked by another publication to contribute an essay about Toni Morrison, who just turned 88. I sent along a piece about revising the chapter on Beloved in my first scholarly book during a strange Easter weekend I spent in Cambridge, England. The editors found this a little niche. Their explanation of what they wanted instead made me uncomfortable. It seemed to me that they were asking for a strong critique of Morrison, or more precisely, of what she stands for, or more precisely yet, of what other people have taken her to represent. One phrase in particular made me ache: They wanted this takedown to come from a black writer. The second piece I sent, a somewhat defensive paean to Morrison and her work, was rejected. “Too academic,” they said. Mute black.