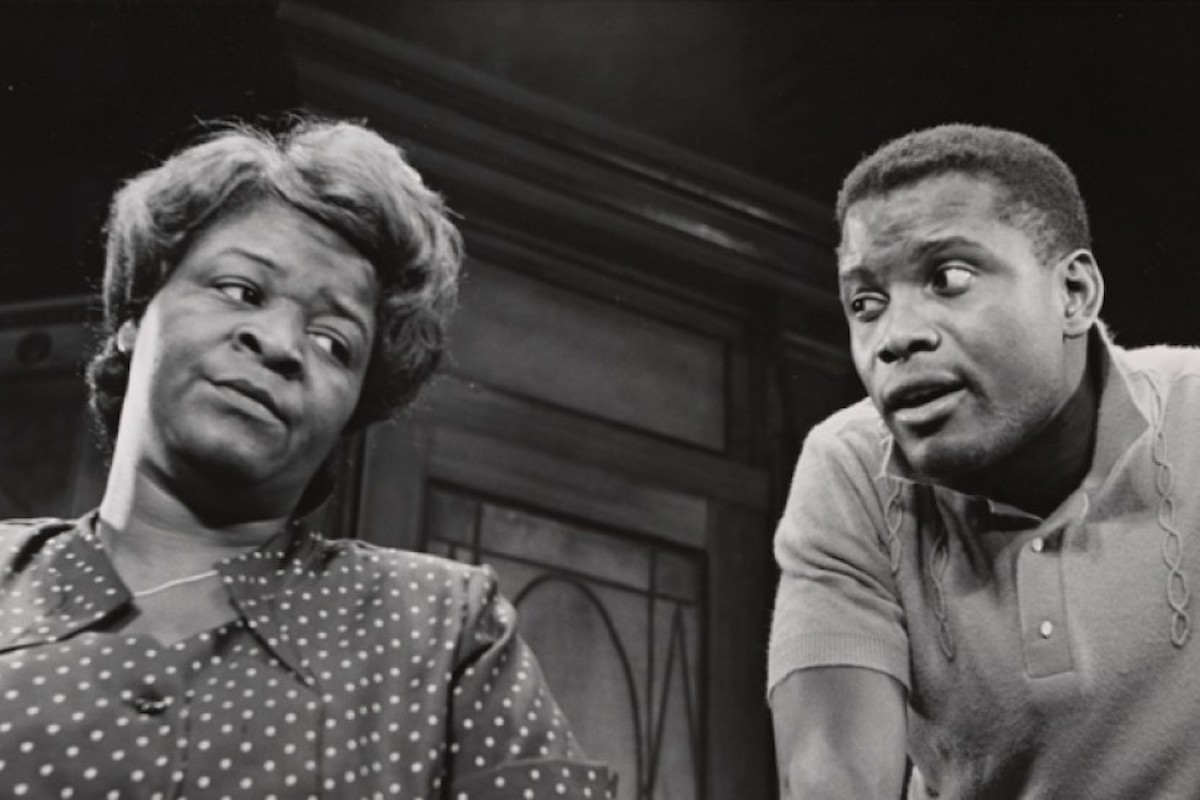 Nathan Skethaw, Playbill
Claudia McNeil and Sidney Poitier Friedman-Abeles/New York Public Library, Featured Image
On March 11, 1959, the original Broadway production of Lorraine Hansberry’s A Raisin in the Sun opened at the Ethel Barrymore Theatre. The play, which details the experiences of a black family in Chicago, was the first by an African-American woman to be produced on Broadway, as well as the first with an African-American director and the first to examine African-American life on the cusp of the Civil Rights era. The production was transferred to the Belasco Theatre in October 1959 before eventually closing on June 25, 1960.

A Raisin in the Sun was later adapted as a film in 1961, featuring most of the original cast; Hansberry herself wrote the screenplay, with Daniel Petrie serving as director. Poitier and McNeil were again nominated for their performances, this time at the 1961 Golden Globe Awards.