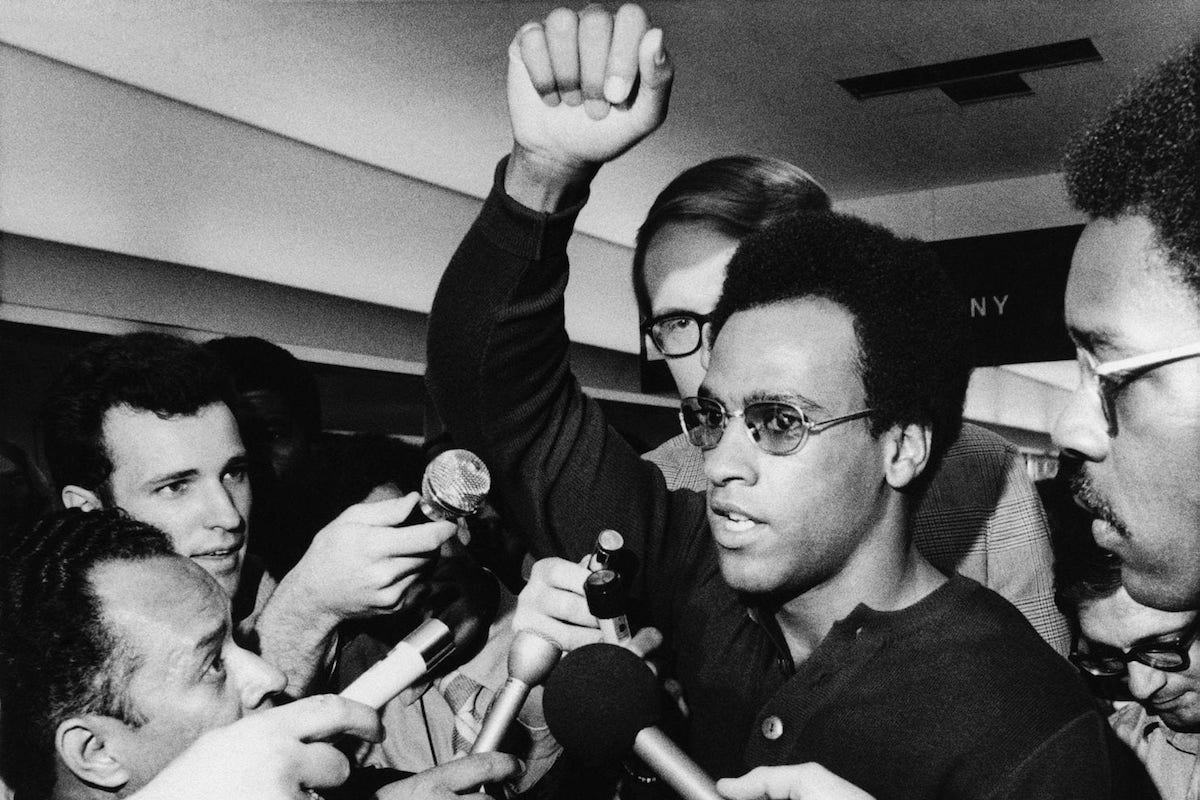 Kellie Carter Jackson, The Washington Post
Huey P. Newton, Black Panther party minister of defense, raises his arm as he is surrounded by newsmen and others at Philadelphia’s International Airport on Sept. 4, 1970. (Rusty Kennedy/Rusty Kennedy/AP), Featured Image
Today, the Second Amendment has become synonymous with the NRA and white men. But that image ignores the fact that many black men and women also are adamant gun owners. The rationale for ownership is different, however. Rather than an assertion of individual freedom, gun ownership is a way to combat a system that regularly denies African Americans the social or legal benefits necessary to protect themselves.

And so, black people have long turned to firearms in self-defense and collective defense of their communities against white supremacy. Nineteenth-century black abolitionists William Parker, Lewis Hayden, Robert Purvis and Frederick Douglass armed themselves to defend against slave catchers or others who sought to harm them, knowing the system would not protect them. In the 20th century, Ida B. Wells, Fannie Lou Hamer and even Rosa Parks owned guns to protect themselves from the Klan, again thanks to fears that law enforcement turned a blind eye to white supremacist terrorism.

But being armed went beyond simple self defense for black Americans. With political avenues for engendering change blocked, and lacking political rights, for black Americans violence became a last-ditch means for securing freedom in a society saturated with white supremacy.