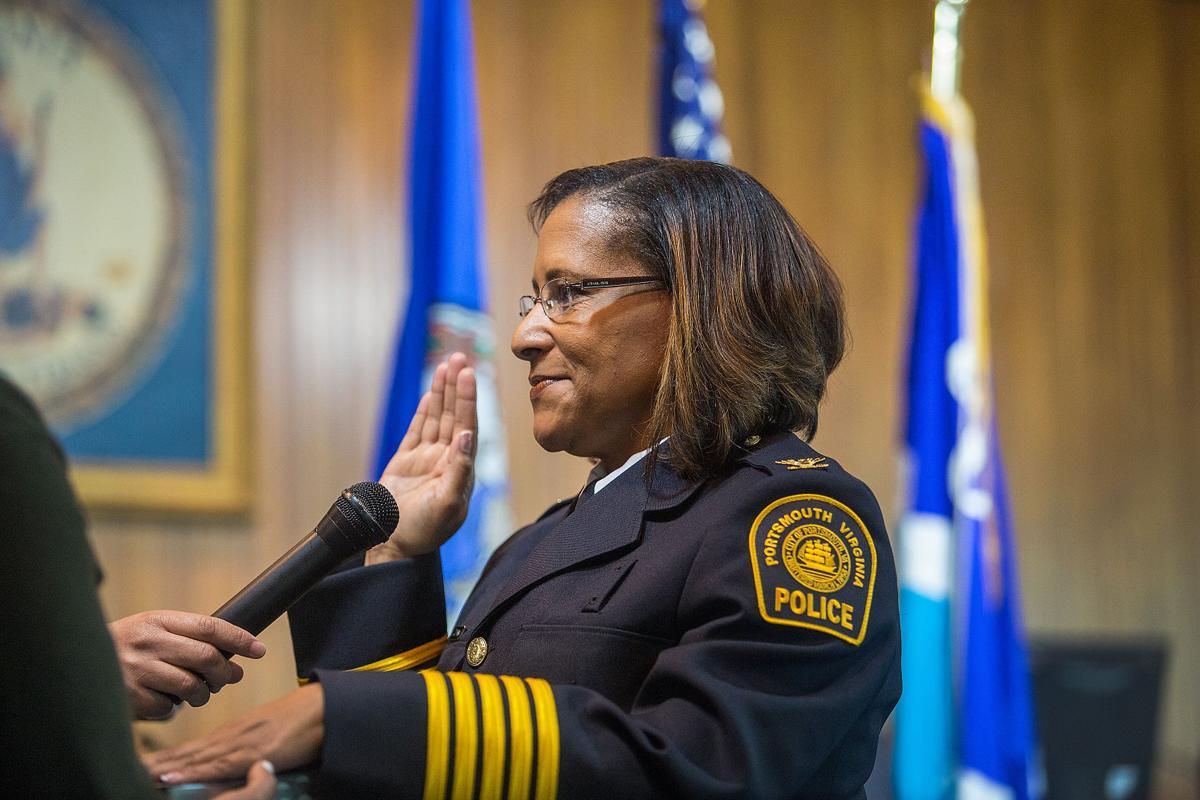 Radley Balko, Insider
Portsmouth police Chief Tonya Chapman takes the oath of office in the City Council chambers on Monday, Feb. 22, 2016. Hyunsoo Leo Kim | The Virginian-Pilot, Featured Image
The first black woman to become police chief of a Virginia city said Monday she was forced to sign her own resignation letter “under duress” after encountering backlash from members of the force over her efforts to reform the department.

Former Chief Tonya Chapman of the Portsmouth Police Department said in a statement that despite her efforts to resolve “racial tensions” within the police department and repair relationships with the community, a “small contingency” of staff members resisted that change.

“I have never witnessed the degree of bias and acts of systemic racism, discriminatory practices, and abuse of authority in all of my almost 30 year career in law enforcement and public safety,” Chapman said.