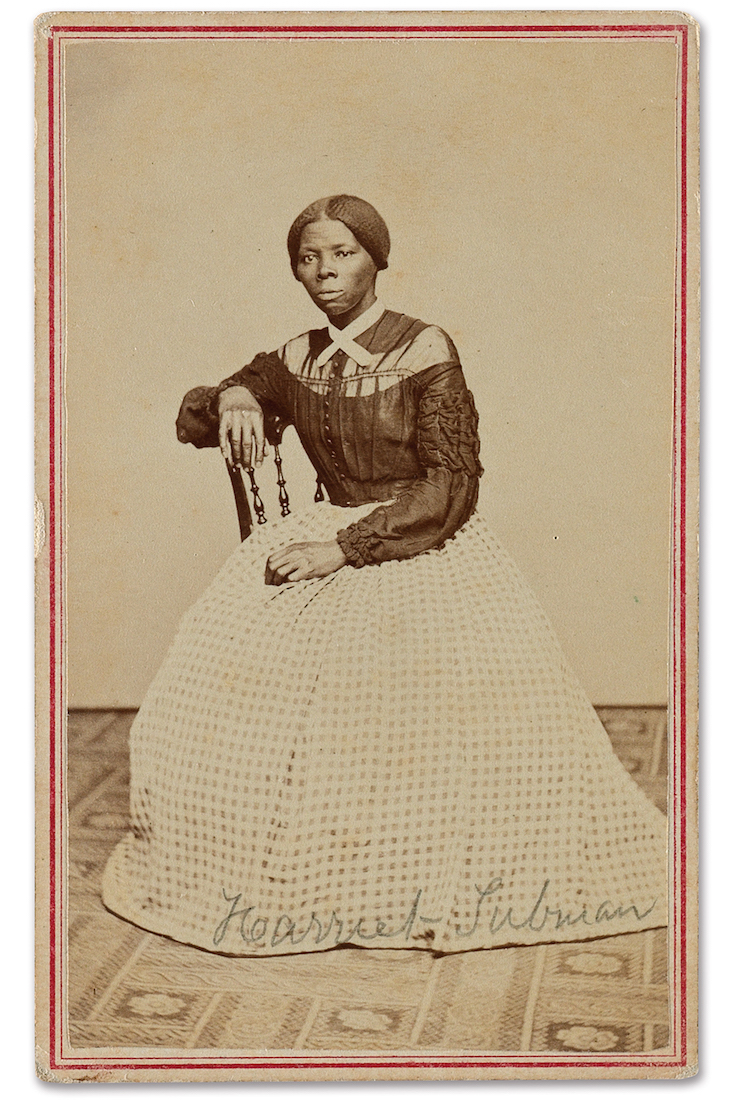 Allison Keyes, Smithsonian Mag.com
The power exuded by a previously unknown portrait of Harriet Tubman is tangible. The escaped slave, who repeatedly returned to the South risking her life to bring hundreds of enslaved people North to freedom, stares defiantly into the camera. Her eyes are clear, piercing and focused. Her tightly waved hair is pulled back neatly from her face. But it is her expression—full of her strength, power and suffering—that stops viewers in their tracks.

“Suddenly, there was a picture of Harriet Tubman as a young woman, and as soon as I saw it I was stunned,” says a grinning Lonnie Bunch, founding director of the Smithsonian’s National Museum of African American History and Culture. He’s talking about a portrait of Tubman contained in an 1860s-era photography album belonging to abolitionist Emily Howland.

“All of us had only seen images of her at the end of her life. She seemed frail. She seemed bent over, and it was hard to reconcile the images of Moses (one of Tubman’s nicknames) leading people to freedom,” Bunch explains. “But then when you see this picture of her, probably in her early 40s, taken about 1868 or 1869 . . . there’s a stylishness about her. And you would have never had me say to somebody ‘Harriet Tubman is stylish.’”