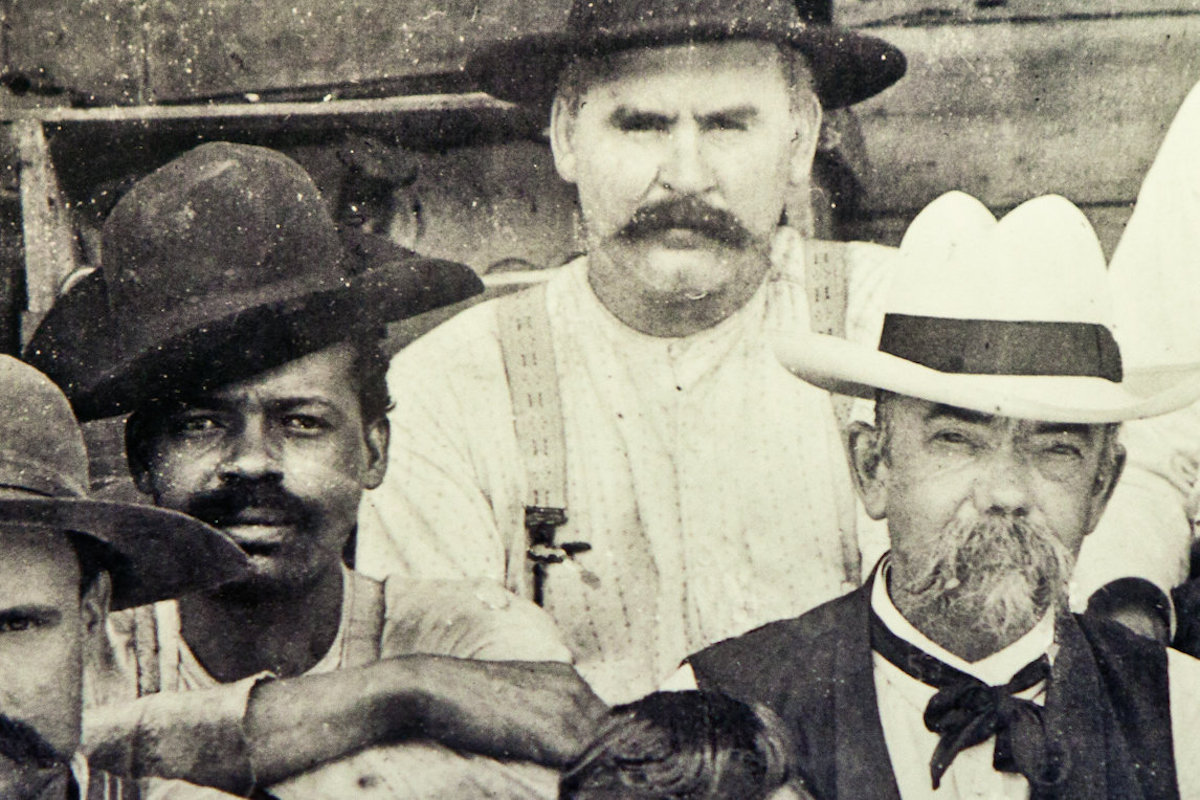 Nate Erickson, Esquire
In a photo in Jack Daniel’s old office, Jack Daniel, with mustache and white hat, is shown at his distillery in Tennessee in the late 1800s. The man to his right could be Nearest Green, a slave who helped teach Jack Daniel how to make whiskey, or one of Green’s sons. Featured Image
Nathan Green almost disappeared into history. Green was a slave on the property of a preacher and distiller named Dan Call—a man who, for many years, widely enjoyed credit for teaching a young Jack Daniel how to make whiskey. At least, that was the official story. Whiskey people, especially those in the orbit of Jack Daniel’s distillery, knew the truth: It was Green, “Nearest” as he was nicknamed, who taught young Jack how to make what would become a best-selling whiskey.

When the New York Times reported on the story in 2016, Green was still relatively unknown. He’s now credited as Jack Daniel’s first master distiller—Daniel is listed as its second—and has a whiskey of his own, Uncle Nearest 1856 Premium Whiskey, which debuted in 2017. And on Super Bowl Sunday, Green’s namesake spirit is launching its first national campaign. It starts with the above ad, featuring and narrated by Westworld star Jeffrey Wright. After learning about Green, Wright was so inspired that he reached out to the brand himself to help tell the world about Uncle Nearest.