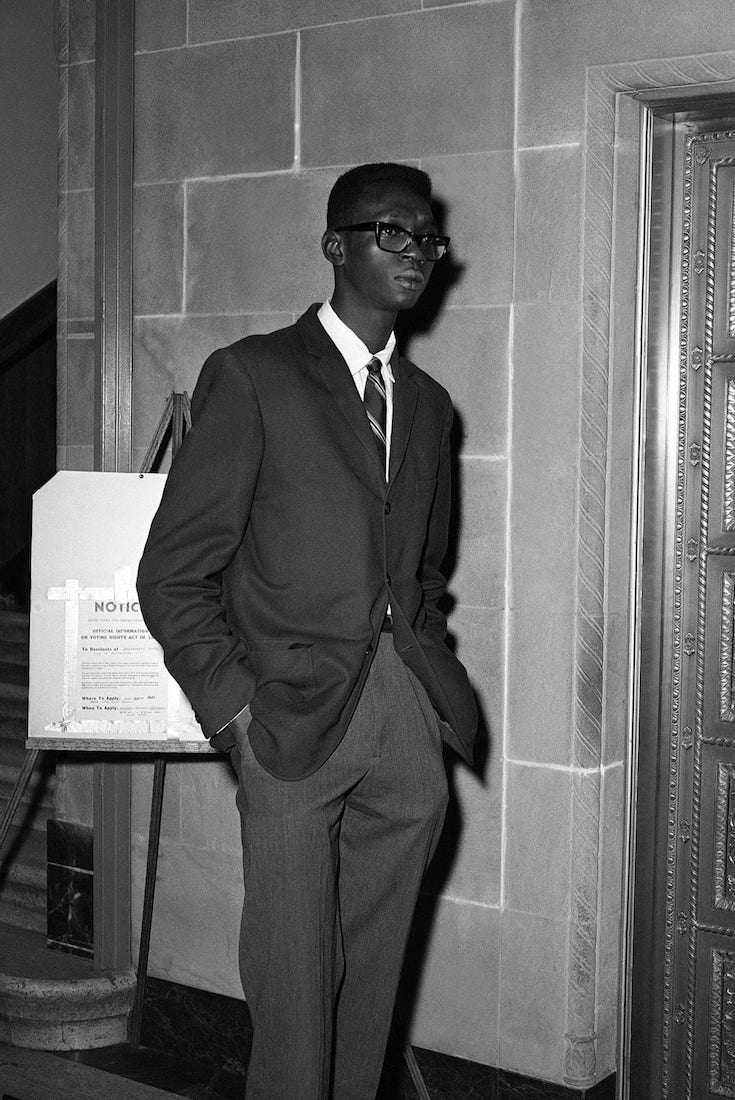 Discovered After 70, Black Artists Find Success, Too, Has Its Price | The New York Times

Donna Britt, The Root
Leroy Moton was riding in a car with civil rights worker Viola Liuzzo when she was shot to death after the third Selma to Montgomery march, in 1965. (Horace Cort/AP). Featured Image
On the night of Feb. 18, 1965, black high school senior Leroy Moton was arrested for the “crime” of walking peacefully for half a block in Marion, Ala.

Accompanied by 400 other unarmed voting rights marchers, Moton was met by a phalanx of police and state troopers who later said they feared the group intended to break out of jail a recently arrested associate of the Rev. Martin Luther King Jr.’s. Armed with clubs, the officers turned off streetlights and attacked — chasing, beating and arresting marchers. One protester, church deacon and Army veteran Jimmie Lee Jackson, 26, was fatally shot trying to protect his mother from a policeman who had thrown her to the ground. Jackson’s death inspired the Selma to Montgomery marches that would weeks later result in another death — a killing that would catapult a young Moton into civil rights history.

That night in Marion, Moton, 19, was lucky. Snatched off the street by police, he was tossed, uninjured, into a small jail cell. Though a resident of Selma, a half-hour’s drive from Marion, he passed the night listening to white officers who strolled past his cell describe the violence they planned to wreak on him for being an “outside agitator.” Alone and afraid, Moton had no idea whether his mother or march organizers even knew he’d been arrested. He was released about 10 a.m. the next day.