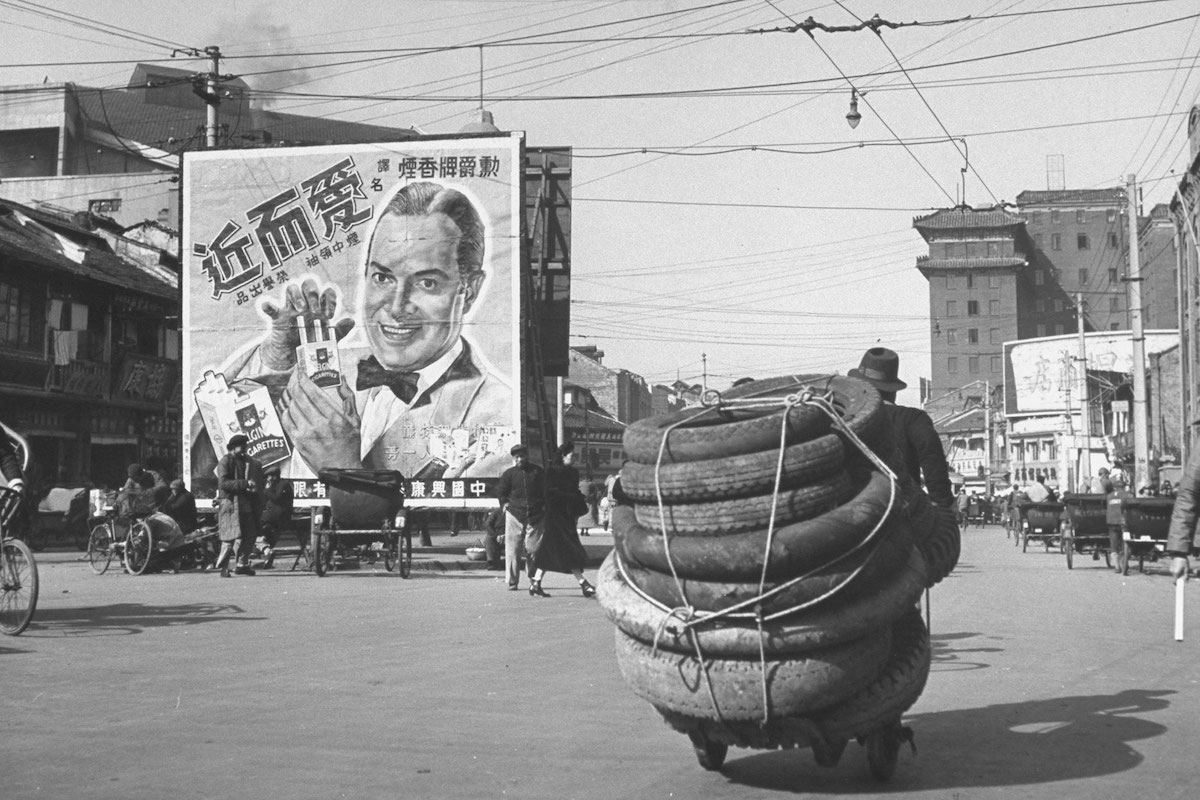 Anton Woronczuk, Truthout
A billboard advertising fancy cigarettes in Shanghai, 1948. JACK BIRNS / THE LIFE PICTURE COLLECTION / GETTY IMAGES. Featured Image
The cigarette industry played a paradigm-shifting role in the rise of corporate power during the late 19th and early 20th centuries. It drew on Jim Crow to expand globally, and revolutionized branding by intimately intertwining the cigarette with jazz culture. Truthout asked Nan Enstad, the author of Cigarettes Inc.: An Intimate History of Corporate Imperialism, to discuss how Big Tobacco’s early history can help us challenge conventional understandings of corporations that have otherwise left our understanding of power clouded in smoke.

Why are cigarettes important to the history of the corporation?

Nan Enstad: There are two stories about cigarettes and corporations that especially need to be heard: One is about how the corporation itself changed and the other is about the development of branding as a major factor in social and political life.

The first story took place in the 1890s, when the cigarette corporate monopoly, the American Tobacco Company (ATC), was instrumental in a major redefinition of the corporation’s powers. In essence, the ATC successfully prevailed against state-level court challenges to its monopolistic business practices by drawing on the Fourteenth Amendment’s new federal protections of property and due process intended to safeguard the citizenship of African American men. With this success, the ATC helped wrest the corporation free from state regulations and redefined it as private rather than public in nature. This was a huge shift that set the stage for corporations’ claiming liberty rights in the twentieth and twenty-first centuries, but it was important in its own right, as it shielded and obscured corporations’ “private” uses (and abuses) of public resources. I tell this story in chapter two of the book and, in quite different form, in a Boston Review article.