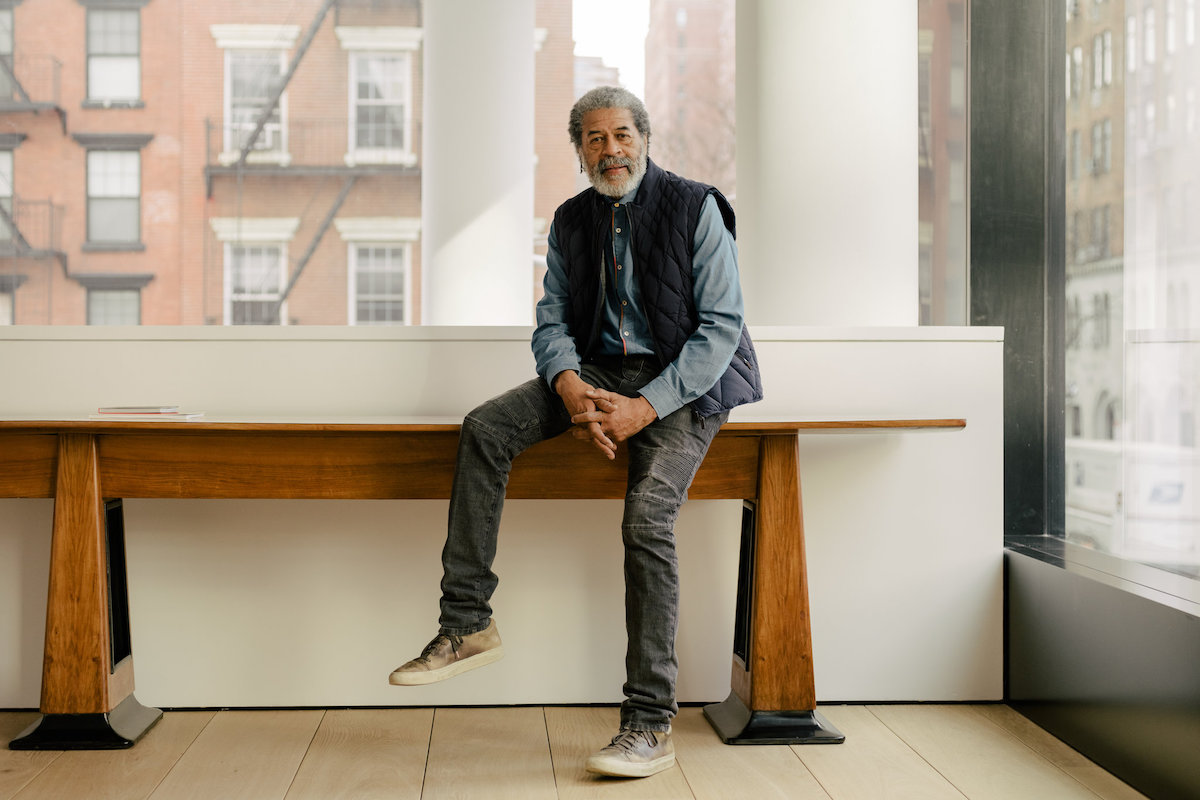 Hilarie M. Sheets, The New York Times
McArthur Binion, the abstract painter, at Lehmann Maupin Gallery in New York. Underappreciated for decades, his work now sells briskly for up to $450,000. “I’m totally ready for it,” the 72-year-old artist said of his new acclaim.CreditCreditDaniel Dorsa for The New York Times. Featured Image
McArthur Binion had been creating art almost completely under the radar for four decades, handling his own occasional sales and raising two children in Chicago on a teaching salary.

Now Mr. Binion has been fully embraced by the mainstream art world — at age 72. His dealer is a prominent Chelsea gallery. Museums and international collectors are snapping up his large canvases, minimalist grids painted in oil stick over collages of personal documents.

With his work selling for up to $450,000, he can now travel first class and easily afford his daughter’s Brown University tuition. “I’m totally ready for it,” Mr. Binion said of the acclaim.

But he was not totally ready for the coarser realities of the modern-day art market. Mr. Binion rejected one dealer who he felt patronized him — she was hustling his freshly-painted works on her cellphone at the Venice Biennale and coaching him on how to speak to curators and the press.