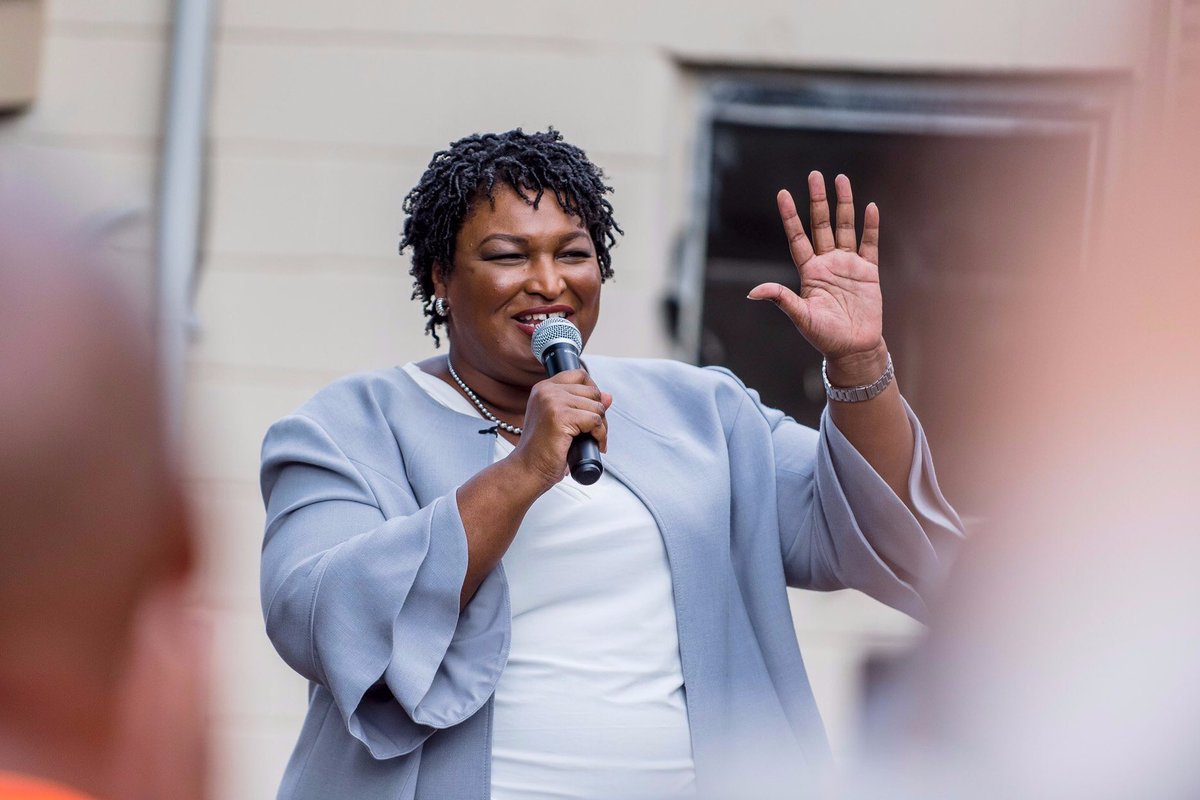 Pa. Man Who Gives Free Haircuts to the Homeless Receives Free Barbershop From Stranger | The Root

Rebecca Traister, The Cut
In an election-night tweet, Democrat Stacey Abrams urged her supporters to “STAY IN LINE until your vote is cast.” Three polls stayed open late after some voting machines in predominantly black districts were delivered with no power cords, rendering them useless. (Stacey Abrams/Twitter). Featured Image
I am sitting in a car with former Georgia House Minority Leader and recent gubernatorial candidate Stacey Abrams. She’s just invited me in from the cold outside Manhattan’s Gramercy Theatre — where she’s soon to go onstage for an interview with MSNBC’s Chris Hayes — but Abrams is signaling in some ineffable way that she’s not in the mood to talk. She’s checking her phone and, every once in a while, peering through the tinted windows at the long line of people hopping up and down in the February chill and in anticipation of seeing her. The event, for Hayes’s podcast Why Is This Happening?, sold out immediately after it was announced, and in the hours before it starts, tickets are going for hundreds of dollars on the resale market. Abrams can see her excited fans, but they can’t see her.

The hush isn’t unfriendly — she pulled me off the street into the car, after all — but it is disconcerting, simultaneously intimate and slightly awkward. I’m dying to ask some questions in these extra, unscheduled minutes I’ve been granted with my subject, whose time these days is extremely limited. But I’ve known Abrams for a few years; I’ve been in her company often in recent months; I’m familiar enough with the vibe in the car — the “We’re being quiet now” vibe — that I know better than to break the silence.

This is the same Stacey Abrams who, a few weeks earlier, had deployed her winning gap-toothed smile and rousing rhetoric to break the curse of wretched State of the Union responses. Her speech following the president’s was so effective that even Fox News analyst Brit Hume grumbled that she was “a person with a lot of presence, [who] certainly speaks very ably and well,” while his colleague Chris Wallace noted that, in contrast to network fave Donald J. Trump, “she seemed to get more to what people’s lives are like in the reality.”