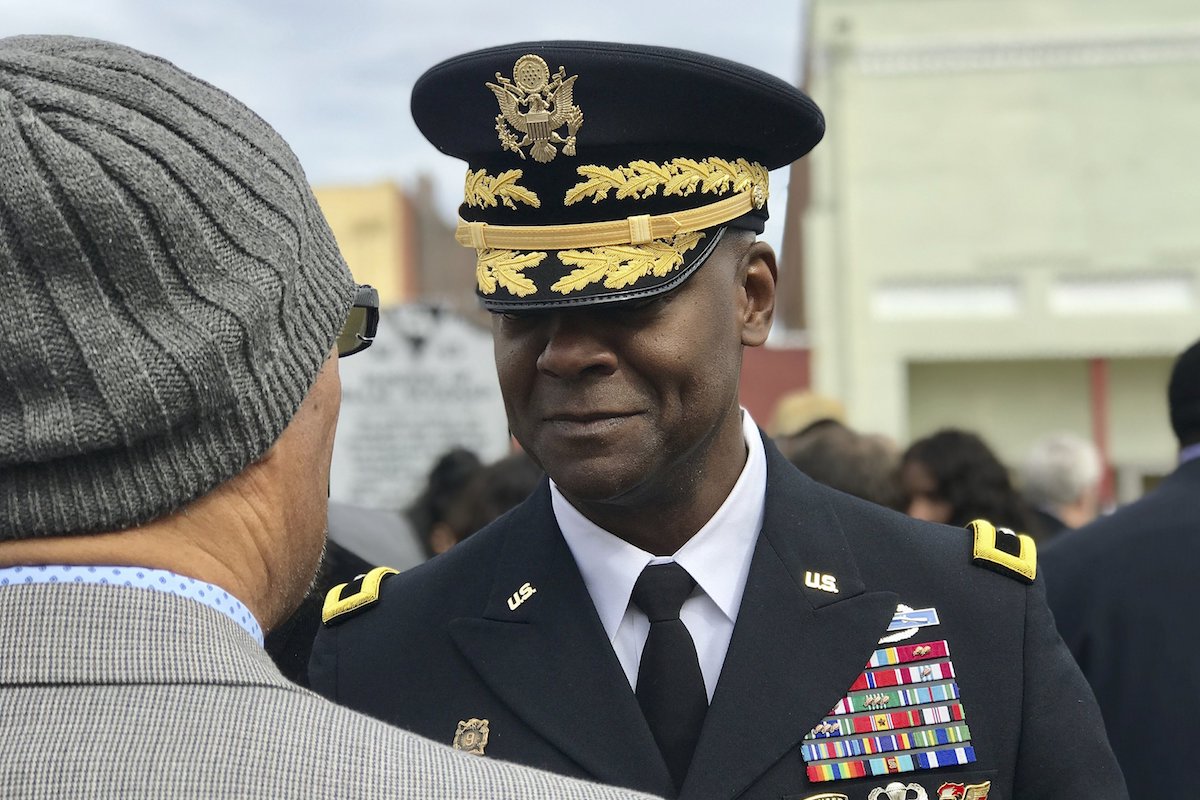 Christina L. Myers, AP
In this Feb. 9, 2019 photo, Brig. Gen. Milford H. Beagle, Jr. commanding general of Fort Jackson, speaks to the president of the Sgt. Isaac Woodard Historical Marker Association following the dedication ceremony in Batesburg-Leesville, S.C. Beagle, Jr. who now leads the Army’s Fort Jackson in South Carolina is descended from a soldier who served there in a segregated military more than a century ago. (AP Photo/Christina Myers). Featured Image
COLUMBIA, S.C. (AP) — Pvt. Walter Beagles arrived at Camp Jackson, South Carolina, in 1918, an African American draftee in a segregated Army that relegated black soldiers to labor battalions out of a prejudiced notion that they couldn’t fight.

Brig. Gen. Milford Beagle, Jr., a combat veteran who took command last June, admits that it gets to him, knowing he’s serving where his ancestor served but under vastly different circumstances.

“It does become pretty surreal to know that the gates my great-grandfather came through are the same gates I come through,” Beagle said. “You always reflect back to you’re standing on somebody’s shoulders. Somebody put that stair in place so you can move one more rung up.”