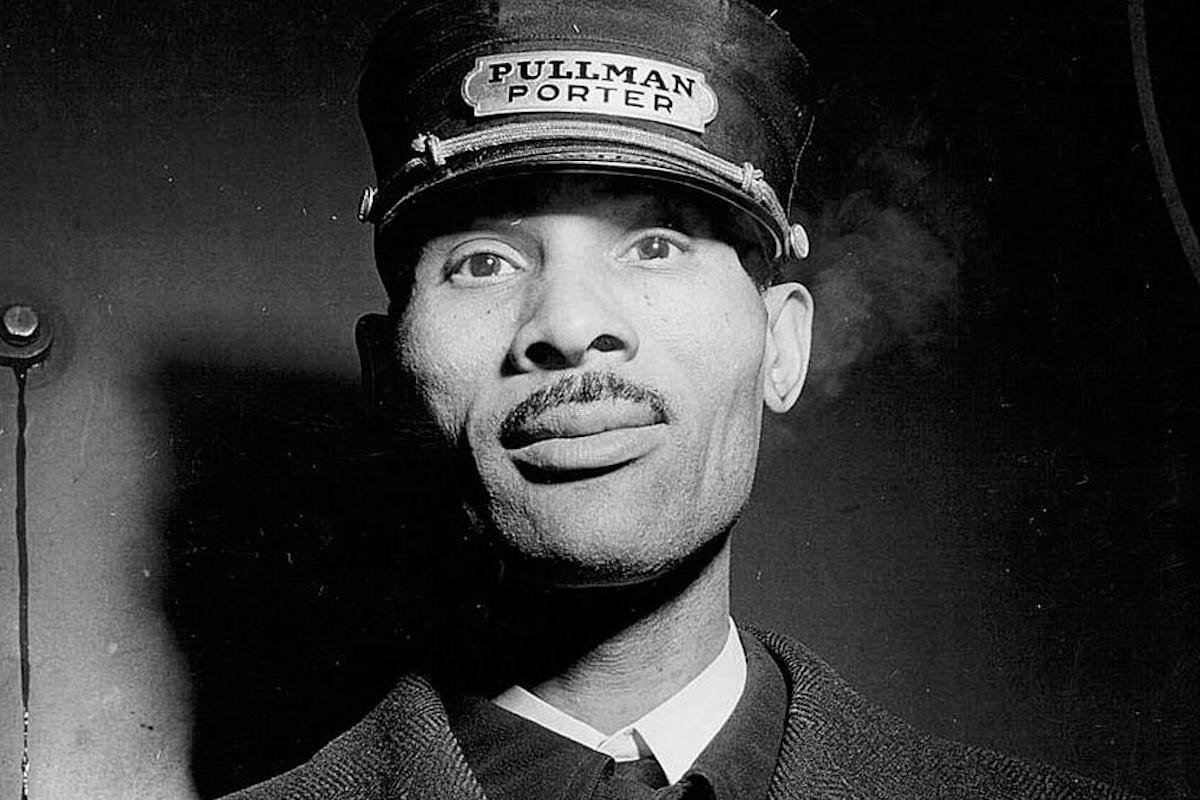 Daniel Hautzinger, WTTW
Being a Pullman porter was an enviable position, one of the better jobs available to African American men despite the indignities. Source: Library of Congress. Featured Image
The Pullman Company was one of the more successful industrial companies in the United States, worth more than $200 million at a peak in the 1920s, but the African American men who worked as railroad porters on its luxurious “Palace cars” made less than a livable wage, if you didn’t count their tips; worked 400 hours or for 11,000 miles of travel a month and up to 20 hours a day; slept on the couches in the smoking car, and only when they weren’t in use; and had to buy their own uniforms, provide their own shoe polish, and pay for their own meals. Plus, they had to smilingly serve white passengers in a servile manner, making their beds, shining their shoes, helping them in any manner. Many of the early porters were ex-slaves.

And yet, for black men in the late nineteenth and early twentieth century, being a Pullman porter was an enviable position, much better than most jobs available to them at the time. Porters were a well-respected part of the black middle class, counting among their ranks such people as the designer and artist Charles Clarence Dawson and Thurgood Marshall’s father. The Pullman Company was the largest employer of African American men in the country.