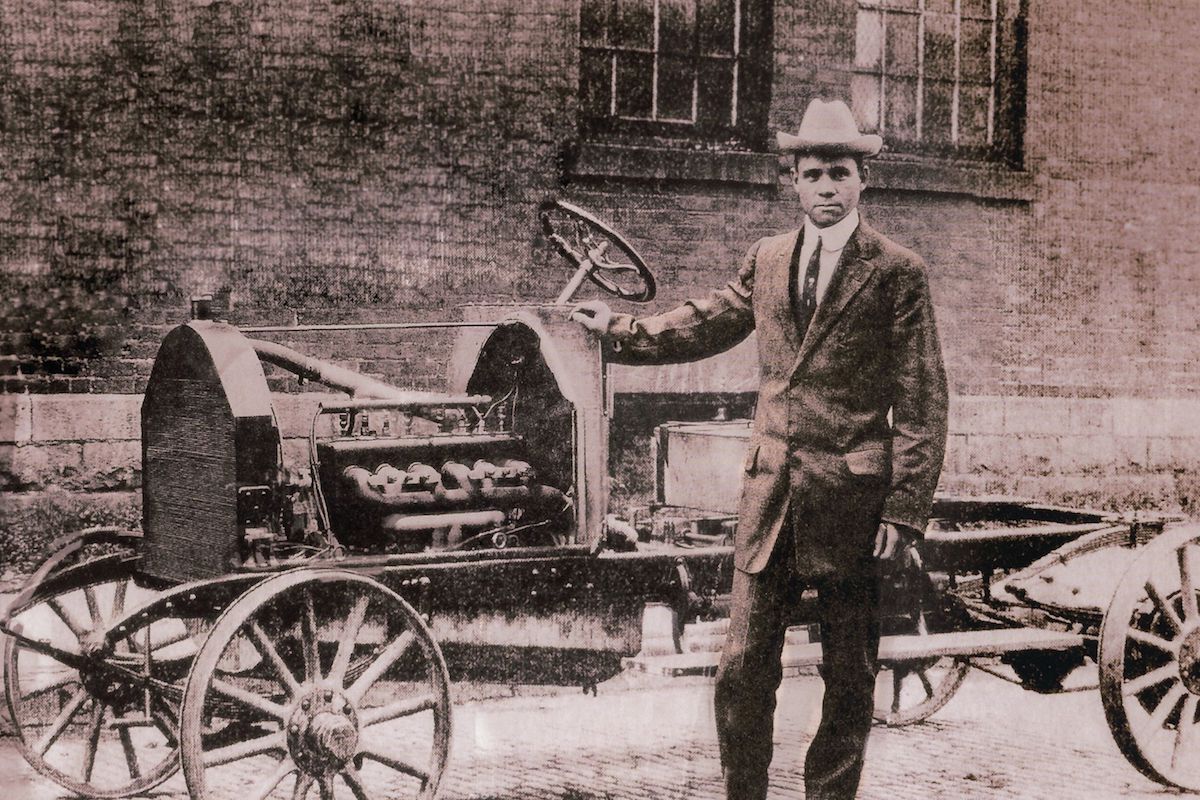 Brett Berk, Car and Driver
Courtesy of the Historical Society of Greenfield, Ohio: www.greenfieldhistoricalsociety.org. Featured Image
Patterson-Greenfield was an early 20th-century automaker headquartered in Greenfield, Ohio, a small town roughly midway between Columbus and Cincinnati. Like a number of early brands, including Buick, Pontiac, and Studebaker, it was founded as a successful 19th-century maker of horse-drawn carriages. But unlike any of those contemporaries or any other U.S. automobile company before or since, it was founded and run entirely by African American owners, providing it with a particular prominence in vehicular history.

“In a national census of manufacturers in 1890, the percentage of the black population that was involved in manufacturing was identified as a 100th of 1 percent,” says Christopher Nelson, author of the book The C.R. Patterson and Sons Company: Black Pioneers in the Vehicle Building Industry, 1865–1939. “And the majority of those were in black cosmetics or cigars. Actually producing products for the mass market, the Pattersons were the only ones that I came across. That made them the largest black-owned manufacturing company in the United States.”

Founder Charles Richard (C.R.) Patterson was born into slavery in Virginia in 1833. Sources conflict on the timing and manner of C.R.’s exit from slavery, but the 1850 census provides evidence that the Patterson family settled in southwestern Ohio in the 1840s. In Greenfield, C.R. found work as a blacksmith for Dines & Simpson, a local carriage maker, eventually ascending to the position of foreman and helping the company gain a reputation for constructing high-quality products. In 1873, Patterson and J.P. Lowe, a white local carriage maker, became partners in establishing J. P. Lowe & Company, a successful independent carriage manufacturer. Twenty years later, in 1893, Patterson bought out Lowe’s share and continued the shop’s success as C.R. Patterson, Son & Company, a name change that marked the inclusion in the business of the younger of his two sons, Samuel, who was then 18 years old.

CLICK TO READ THE FULL ARTICLE, Car and Driver