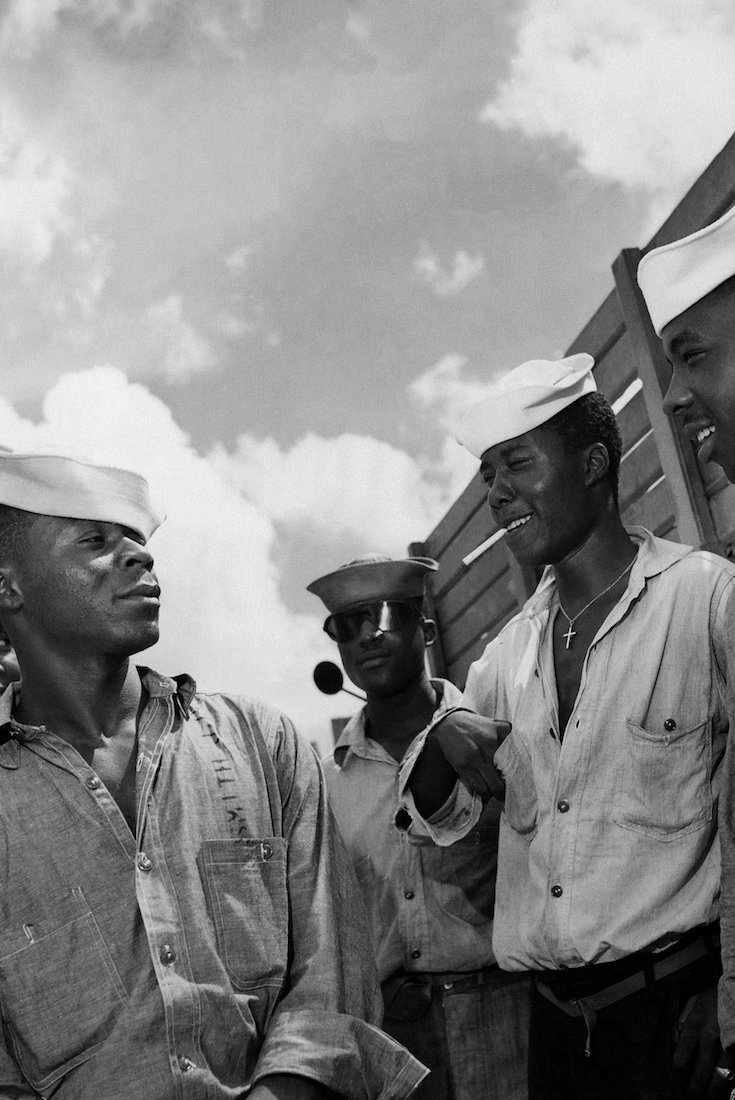 John Edwin Mason, Time
Photographs by Wayne Miller—Magnum Photos. Featured Image
There are many ways to photograph a black person, and it’s easy for things to go horribly wrong. America’s long history of racist imagery makes that quite clear. Wayne Miller, a white man, was notable for doing it right. In the mid-20th century, a time when American visual culture was suffused with photographs that reinforced demeaning notions about black people, Miller created deeply empathetic images with a understated, yet unmistakable anti-racist intent. He made his best known photographs of African Americans on Chicago’s South Side, between 1946 and 1948. But they were not his first.

In 1944 and 1945, while serving as a U.S. Navy photographer, he created a photographic series about a segregated all-black unit that was assigned to the Naval Supply Depot on Guam. The men called their unit “Pot Luck,” and that was the name that Miller gave to the book that he planned to publish about them. The book never appeared; its maquette, or mock-up, was lost until 2018, when one of Miller’s daughters rediscovered it. And what she found, images from which are published here for the first time, reveals a gifted young photographer grappling with the complexities of race in American culture.

By 1945, when Miller made his Pot Luck photographs, which appear in the maquette alongside text that he wrote to accompany them, African Americans had long been irresistible objects of white curiosity. Racist ideologies created ways of seeing that made black life seem exotic and threatening — something to be explored and explained. Generations of white photographers had met the demand for images of black people, often by making images that reproduced ugly stereotypes of black inferiority.