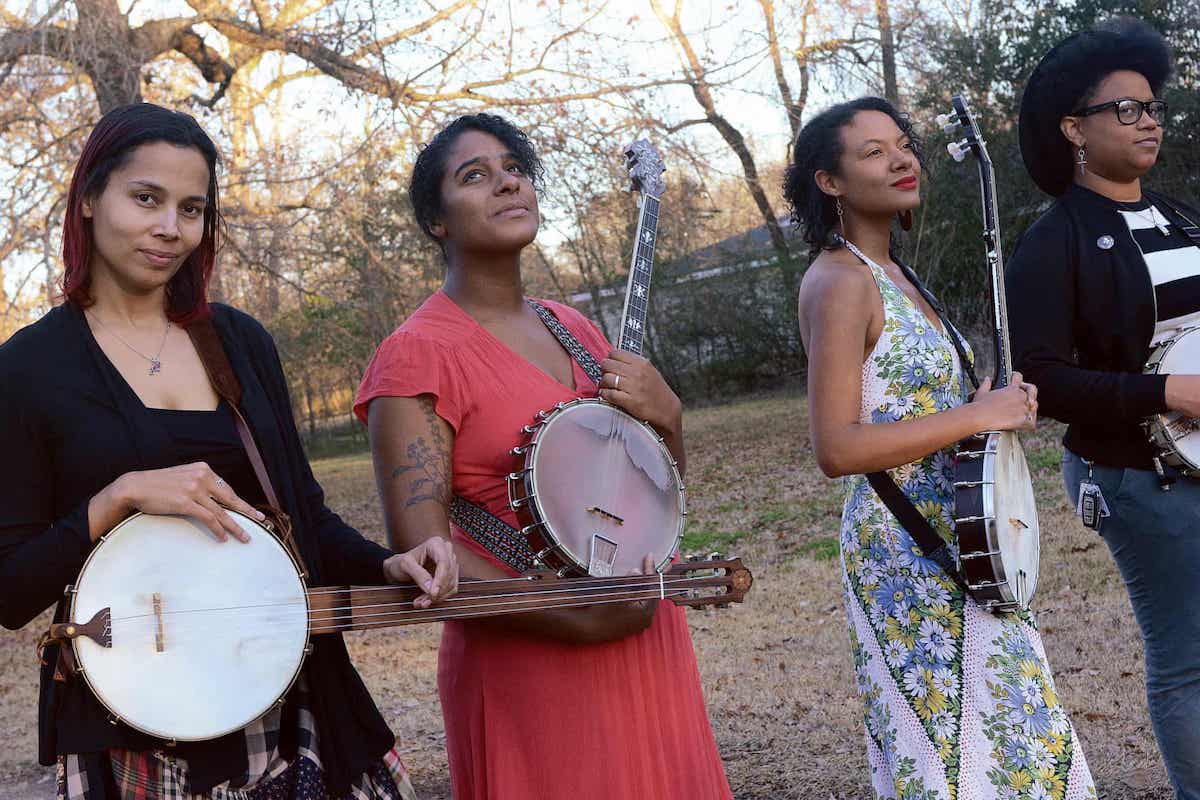 Our Native Daughters is a collaboration between the North American roots musicians Rhiannon Giddens, Leyla McCalla, Allison Russell and Amythyst Kiah. Of the four, Giddens holds the highest profile. Her solo work has been Grammy-nominated; Carolina Chocolate Drops, the old-time string band she co-founded, are Grammy winners. She is also a recipient of a MacArthur Fellowship “genius grant” and the Steve Martin prize for excellence in bluegrass and banjo.

Her bandmates are less-widely feted, but have all crossed paths on the folk scene over the years. Kiah is an alt-country blues singer from Tennessee with a voice as rich as Tracy Chapman; McCalla is a Haitian American who draws on Creole and Cajun traditions and writes often of the modern socio-political divide; and Russell is a Canadian singer and multi-instrumentalist whose voice carries some of the flutter of Frazey Ford.