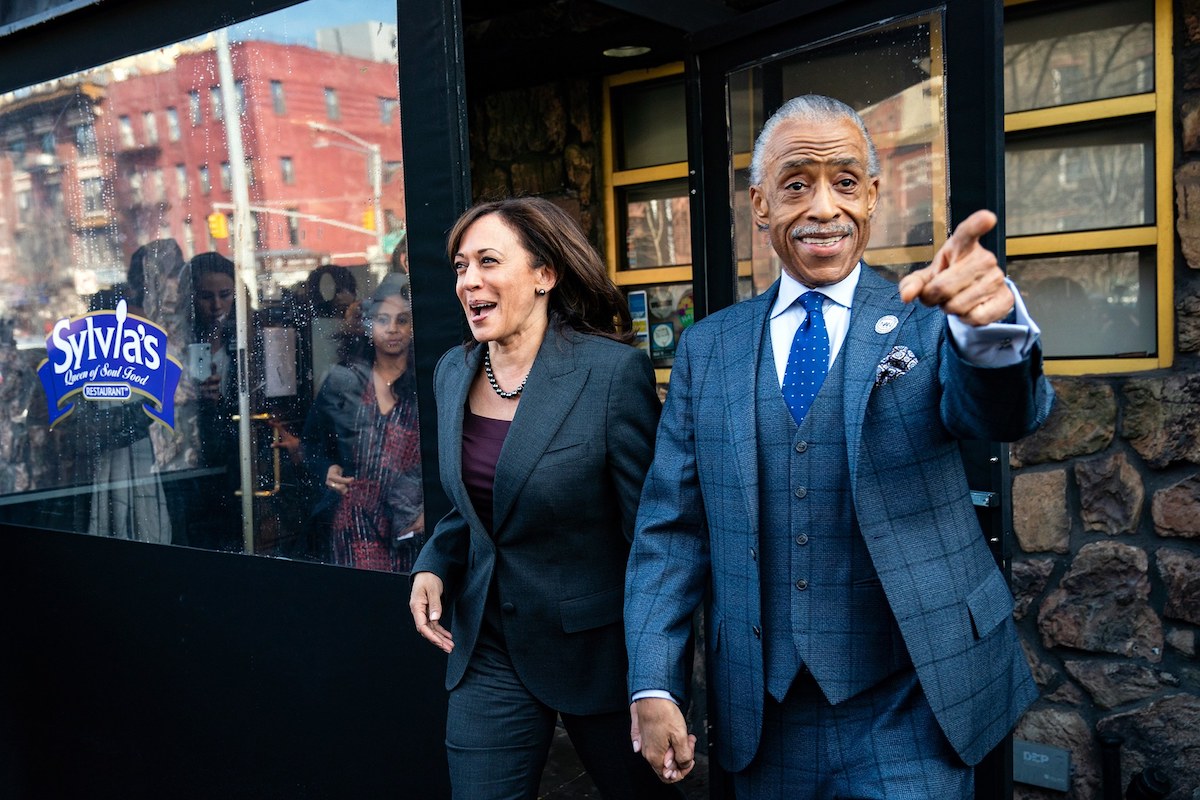 Eric Lach, The New Yorker
Photograph by Drew Angerer / Getty. Featured Image
Since announcing her Presidential campaign, last month, Kamala Harris, the California senator, has held a rally in California, a CNN town-hall event in Iowa, and a non-CNN town-hall event in New Hampshire. On Thursday, she had lunch in Harlem. Harris, who hopes to become the first black female President, was there to meet with the Reverend Al Sharpton, the civil-rights activist and cable-news host, at Sylvia’s, the soul-food institution on Malcolm X Boulevard. Harris and Sharpton shared a table near a window. Outside, a few dozen members of the press peered in for a look. Harris left about half an hour after arriving, walking to an S.U.V. waiting outside. “Let her breathe!” someone on the sidewalk shouted, as reporters and photographers crushed around her. She got into the car without comment.

That left Sharpton, who, having seen his guest off, spoke into microphones for a few minutes. Straight-backed, his face lined and angular—Sharpton’s once prominent jowls are long-ago memories, as are his most famous battles with New York City politicians. He’s an elder statesman, with a regular slot on national television. “Senator Kamala Harris told me that, next time she was in New York, she wanted me to take her to Sylvia’s,” Sharpton said. He reminded everyone how Barack Obama ate with him there, in 2007, and how Bernie Sanders did the same, in 2016. “So this has become a tradition,” he said. (“A man who likes fried chicken and corn bread can’t be all that bad,” Sharpton said of Obama, after their Sylvia’s meal.) Sharpton said that he and Harris had discussed “criminal-justice reform” and “economic policies.” Reporters shouted out questions. Did he have a comment on the Jussie Smollett controversy? (“If Smollett is wrong, he ought to face accountability to the maximum.”) Was he going to endorse Harris? (“We’ll see.”) Was he planning to take other 2020 candidates to Sylvia’s? Many were coming to his National Action Network’s upcoming convention, he said, “but nobody’s mentioned Sylvia’s except Kamala Harris.”