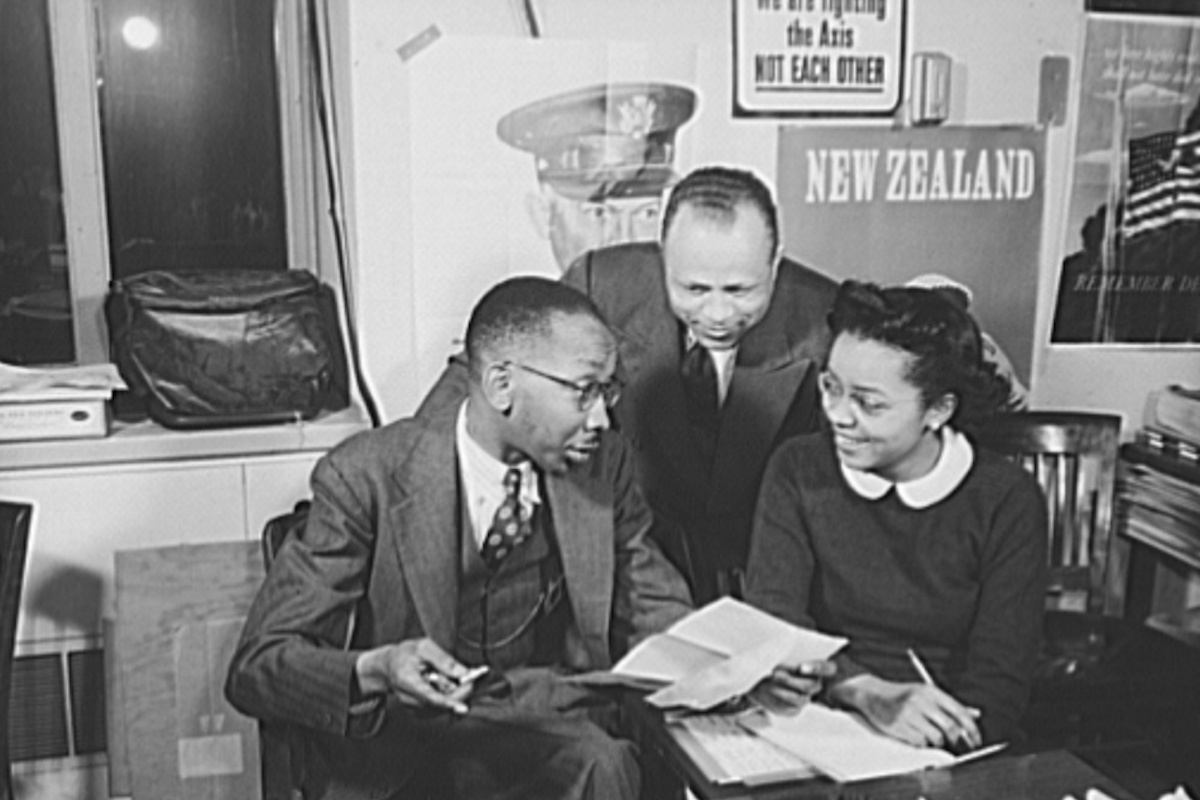 Jennifer P. Brown, Kentucky New Era
A man with glasses (Ted Poston) sits at an office desk holding a letter. A smiling woman (his assistant Harriette Easterlin) sits next to him and a man (his assistant William Clark) leans over them both. A poster behind them depicts a soldier and reads “We are fighting the Axis not each other” and “New Zealand”. Featured Image
Editor’s Note: This article is taken from “Hoptown’s Own Ted Talk,” which opinion editor Jennifer P. Brown delivered Thursday at the Hopkinsville-Christian County Public Library. The New Era, the library and the Museums of Historic Hopkinsville and Christian County sponsored the talk to shed light on one of Hopkinsville’s most distinguished native sons.

Years after Ted Poston died in 1974, having achieved more professionally than anyone might have guessed when he was a skinny little kid growing up in Hopkinsville, I learned of him because I began covering stories about his biographer, Kathleen Hauke, a college professor in Atlanta.

So let me tell you about Ted Poston, and why I think his story is so interesting and important.

You’ll hear me go back and forth between calling him by his first name and his last name. He certainly deserves the respect of being called “Mr. Poston.” But if you read a great deal about Ted Poston, as I have, you sort of come to think of him as a friend — even if you never met him. Ted’s got a lot of Hoptown in him.

Years before he became one of the first black reporters on the staff of a mainstream American newspaper, Ted Poston and his childhood friends spent Saturdays in the balcony of the Rex Theater in downtown Hopkinsville. It was in the mid-1910s, and they were not allowed on the ground floor with white patrons.