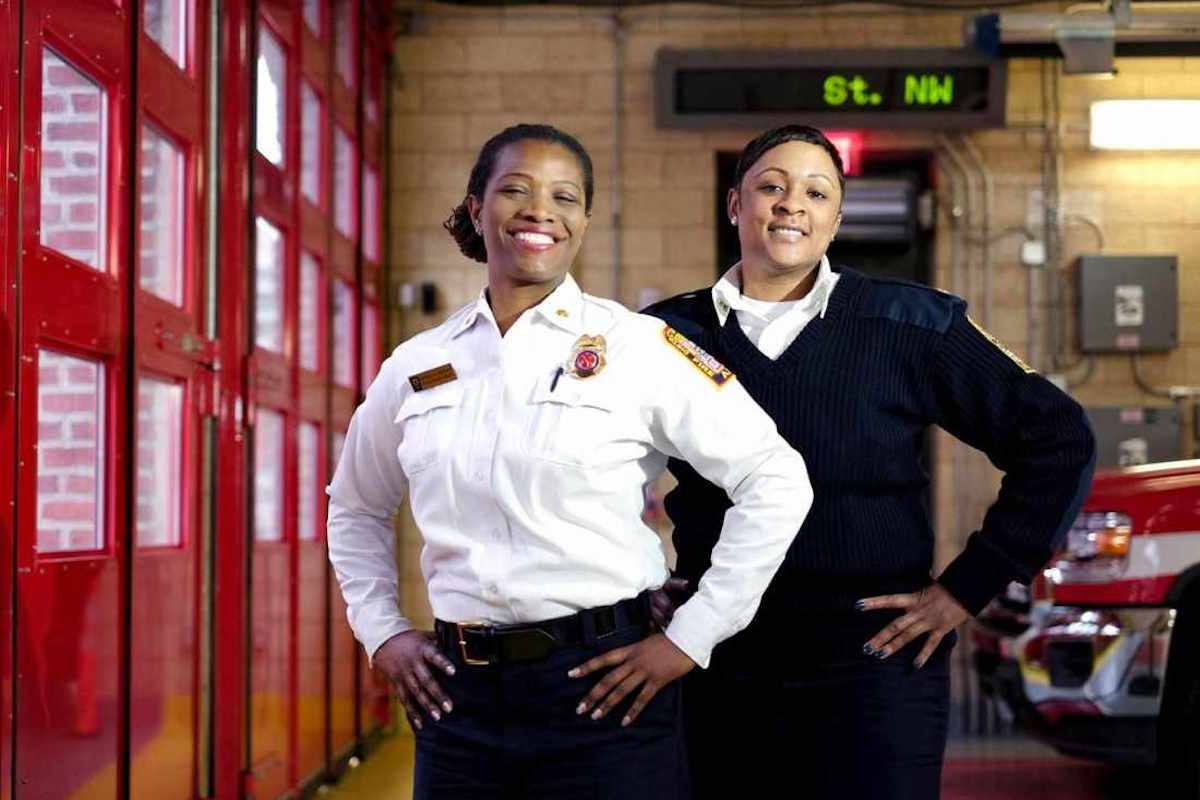 Dana Hedgpeth, The Washington Post
Battalion Chiefs Queen Anunay, left, and Kishia Clemencia in Washington. Both lead mostly male teams in a field dominated by men. (Bonnie Jo Mount/The Washington Post). Featured Image
A Young cadets Queen Anunay and Kishia Clemencia stood out in their class at the D.C. fire academy as being among the few women in a male-dominated field. Of the department’s 1,550 members at the time, 35 were women.

Fast forward nearly three decades, and Anunay and Clemencia are the ones in charge.

In their new roles, Anunay, 45, and Clemencia, 44, help oversee nearly 100 firefighters at 11 firehouses in the District. They were selected among a pool of 44 candidates — the only two women who qualified during an interview process measuring their preparedness for the high-ranking position.