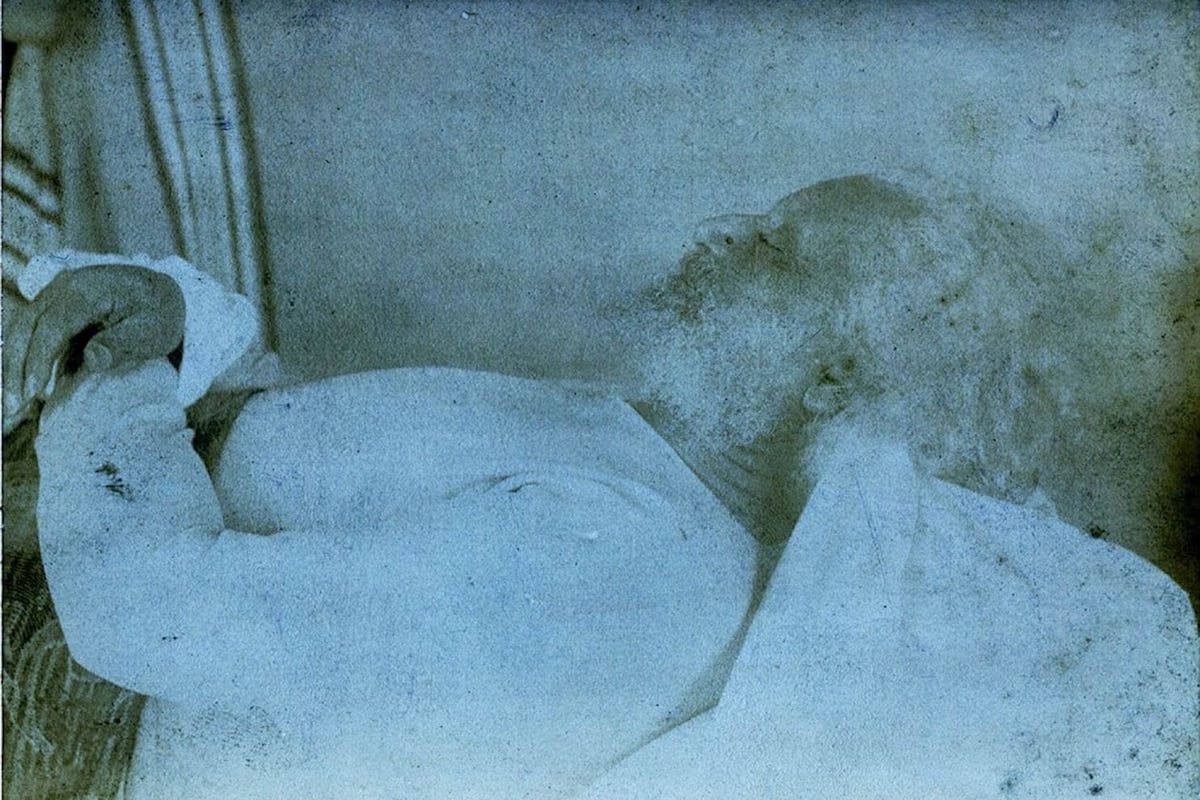 Steve Hendrix, The Washington Post
A deathbed portrait of Frederick Douglass, taken at his home in February 1895. (National Park Service) (unknown/National Park Service). Featured Image
When Frederick Douglass got home on the evening of Feb. 20, 1895, he was energized. A voluble storyteller prone to imitating his characters, the great man walked through the double doors at Cedar Hill, his elegant hilltop home in Washington’s Anacostia neighborhood, bristling to talk about what had just happened to him.

The abolitionist titan had spent hours at a woman’s suffrage meeting at a downtown hall. Despite decades of antipathy between Douglass and the group’s leaders (he had at a critical moment prioritized the vote for African American men over their push to enfranchise white women; they had responded with an openly racist backlash), he was warmly welcomed.

They applauded him, Douglass told his wife after depositing his cane, getting out of his heavy coat and having a quick bite before heading out again. Susan B. Anthony herself had escorted him to the stage and sat beside him. He stayed for hours, immersing himself in their deliberations, kibitzing strategy for yet another freedom movement.

He was thrilled. One week after his 77th birthday (there was uncertainty about his actual age), Douglass was a retired diplomat, an acclaimed author, a revered icon and a wealthy man. Just the day before, his wife told the reporters who would rush to the house that evening, the couple had talked about Douglass’s vigor and his plans to remain in public life for years to come. Here he was, flush with a day full of the righteous drive that had made him, as the next day’s newspapers would put it, “the Most Eloquent and Distinguished of his Race.”