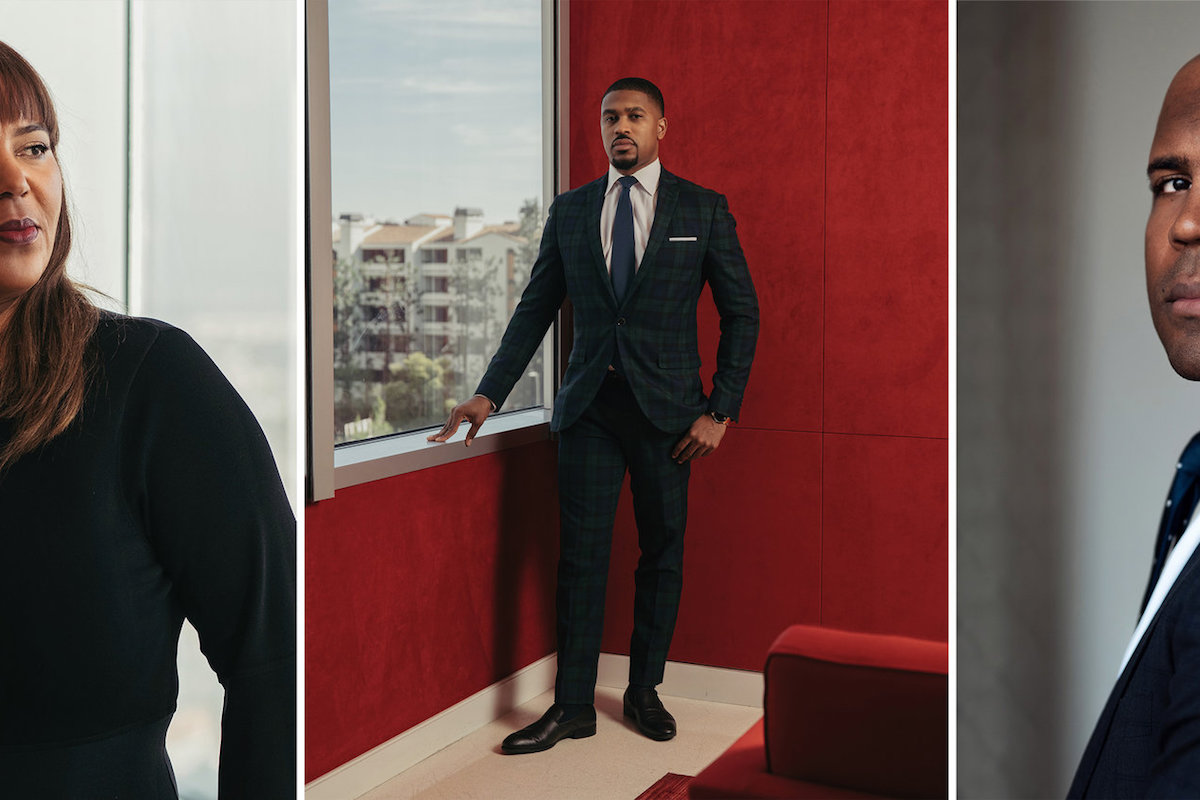 Cara Buckley, The New York Times
Lorrie Bartlett of ICM Partners, left; Brandon Lawrence of Creative Artists Agency; and J.B. Fitzgerald of United Talent Agency. Credit Photographs by Erik Carter for The New York Times. Featured Image
Movies like “Black Panther” and “Crazy Rich Asians” don’t come around all that often partly because of how projects are put together. Chances are the people brokering those deals — and determining who gets in the door and what stories are told — are white.

Pushes for greater diversity onscreen have been mirrored in some Hollywood corridors of power with varying degrees of effort and success. But the number of partners and department heads of color at talent agencies, those hypercompetitive firms where careers traditionally start in mailrooms or assistants’ pools, remains vanishingly low. Of the hundreds of film and television representatives working at the four powerhouses — Creative Artists Agency, ICM Partners, United Talent Agency and William Morris Endeavor — just a few dozen are black. (They’re also tracked by the website Diverse Representation.) “Unfortunately, you become used to being one of a few, if not the only one,” D.C. Wade of WME said.

Here, seven black agents — six with major agencies, one who runs her own boutique company — speak candidly about the barriers they have faced, the isolation they have felt, and the changes they are beginning to see.

Starting Out
BRANDON LAWRENCE (C.A.A.; agent since 2016; clients include the producers Misha Green, Mara Brock Akil and Will Packer) You have to subsidize a child who wants to work in entertainment. It takes a level of socioeconomic sufficiency that isn’t consistently typical for many families of color. Even mine. They weren’t able to bankroll me the entire time. I was in L.A. without a job, staying on my frat brothers’ couch. A lot of people of color in the assistants’ pools are first-generation college students. When they go back and tell their parents, “I don’t want to be a doctor or engineer, I want to push a mail cart,” the families are like, “What?”