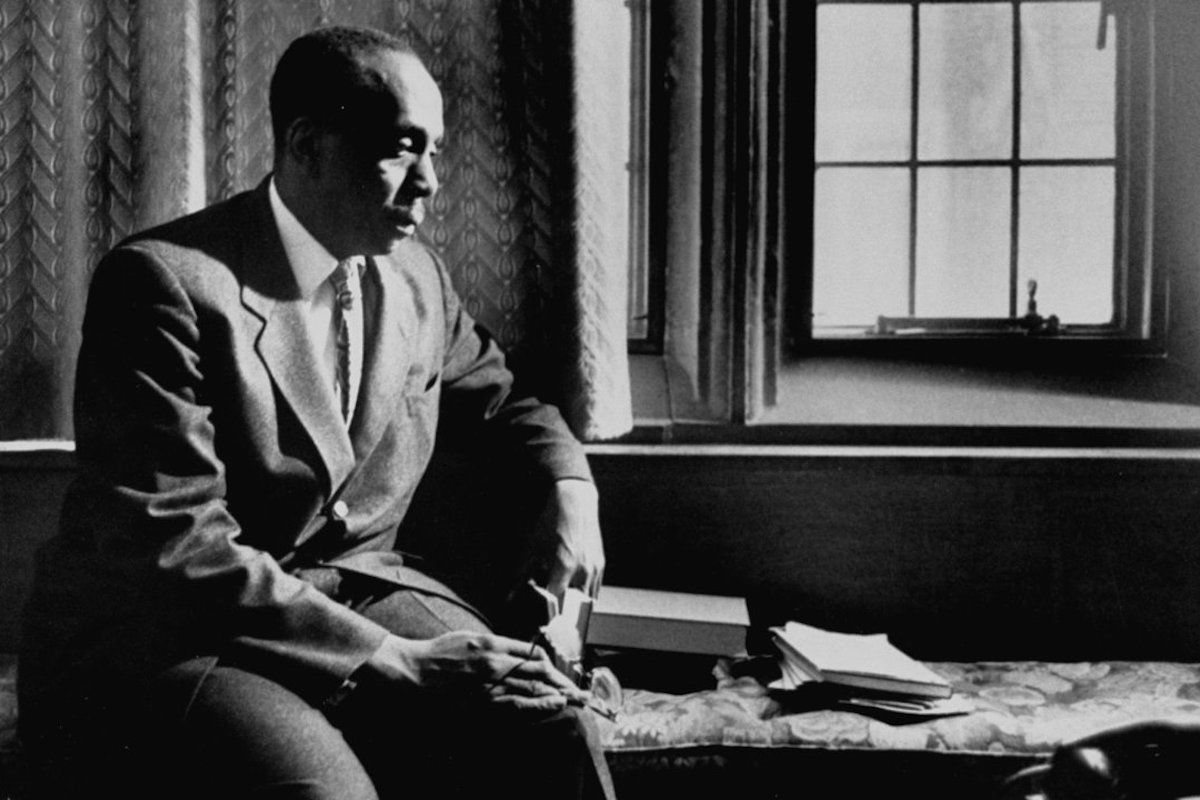 Episode 343: A Bound Woman Is A Dangerous Thing Author DaMaris B. Hill | iHeart.com

Gene Zubovich, Religion & Politics
Collection of the Smithsonian National Museum of African American History and Culture, Gift of Howard Greenberg Gallery. Featured Image
In February, local PBS stations will premiere an hour-long documentary about a theological giant of the twentieth century, Howard Thurman (1899-1981). Famous among activists for his influence on the civil rights movement, Thurman is a complicated figure who defies easy categorization. Capturing the central features of Thurman’s life, ministry, and writings is no easy task. The film, titled Backs Against the Wall, focuses on Thurman’s influence on Martin Luther King Jr. and the struggle to end Jim Crow. It admirably revives Thurman’s reputation as a theologian of the civil rights movement but at the cost of diminishing his other legacies and other aspects of his life’s work.

Backs Against the Wall is the latest from director Martin Doblmeier, who has made a career of directing documentaries of religious figures. He prefers heroes and prophets, like the subject of his most famous documentary, the Nazi-fighting German theologian Dietrich Bonhoeffer. In Thurman, Doblmeier has found yet another hero that lets him tell a story he is fond of telling. Backs Against the Wall, like many of his other films, is about a version of Christianity that is a source of moral courage and political progress, a refuge from the forces of evil and a resource to overcome oppression. Judging from the tone of this film and his previous ones, it is a version of Christianity that Doblmeier wishes more people would follow.