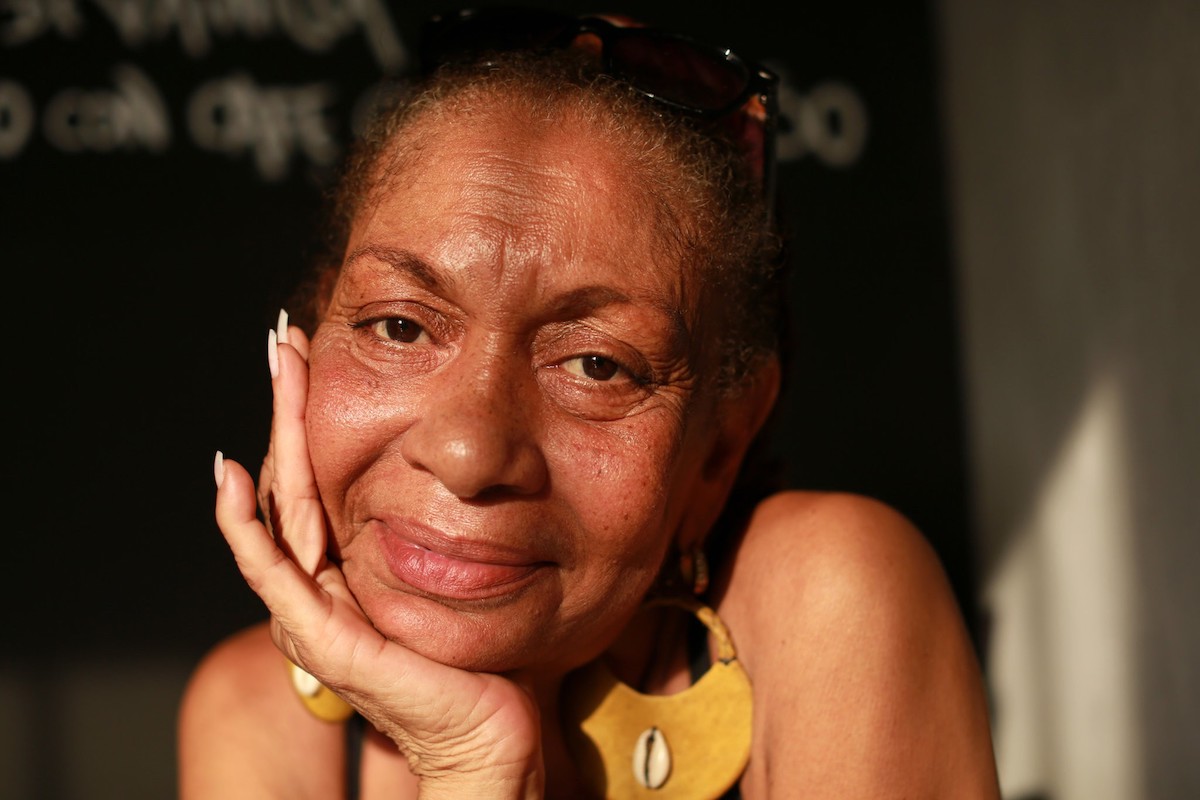 Daniel E. Slotnik, New York Times
Nehanda Abiodun in 2015. Ms. Abiodun had been living in Cuba to elude arrest on charges that linked her to violence committed by radicals in the 1970s and ’80s. Credit Noah Friedman-Rudovsky. Featured Image
Nehanda Abiodun, a radical black nationalist who was charged in the deadly botched robbery of a Brink’s armored truck in 1981 and then spent decades as a fugitive in Cuba, a hero to would-be revolutionaries and a criminal to many others, died on Jan. 30 at her home in Havana. She was 68.

Her death was confirmed by Henry Louis Taylor Jr., a historian who has interviewed Ms. Abiodun for a biography of her he is writing with Linda McGlynn, a social worker and senior research fellow at the University at Buffalo, where Professor Taylor also teaches urban planning.

Self-described revolutionaries belonging to the Weather Underground and the Black Liberation Army committed a rash of domestic bombings and hijackings in the 1960s and ’70s in what they called resistance to the United States government. Ms. Abiodun (pronounced ah-BEE-oh-dun) was suspected of conspiring with members of both groups.

The radicals were charged with attacks against government targets and with helping another revolutionary, Assata Shakur (who was known as Joanne Chesimard before choosing an African name), escape in 1979 from a prison in New Jersey. Ms. Shakur had been convicted in the killing of a New Jersey state trooper in a shootout in 1973. The groups supported their activities with armed robberies.